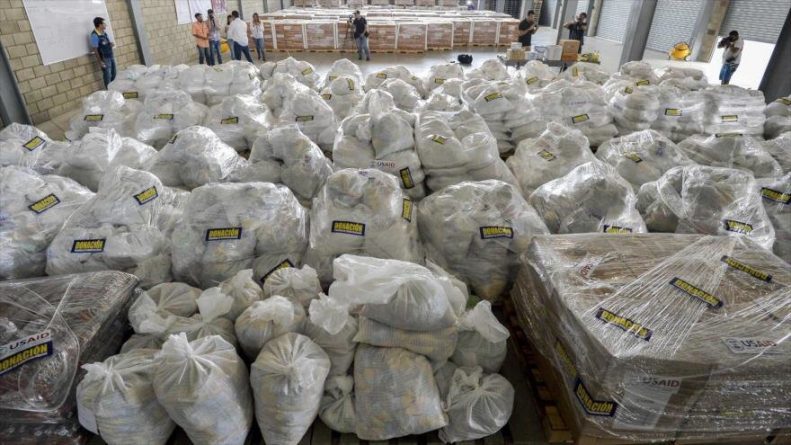 Venezuela closed its air and maritime borders in the Falcón state to prevent the entry of humanitarian aid.

A regional military chief has informed on Tuesday that the Venezuelan leader, Nicolás Maduro, has ordered to close the border area in Falcón state (north) with the Netherlands Antilles (Aruba, Bonaire and Curazao), from where the opposition awaits the arrival of humanitarian aid collected in Curaçao.

“In compliance with instructions from the Superior Command, communication was made with the captain of ports of Falcon State, José Goncálvez, and Customs Manager Las Piedras, Eduardo Gallardo, with the purpose of informing them of the closure of the maritime and air border of the state with the ABC islands (Aruba, Bonaire and Curaçao), reason for which the departures and flights to and from these destinations are suspended “, confirmed the commander of that region, Admiral Vladimir Quintero.

The island of Curaçao is the third jurisdiction after the Colombian Cúcuta (northwest) and the Brazilian Roraima (northwest) where a center for the reception and storage of food and medicines from the European Union (EU) has been set up.

The National Assembly (AN), of opposition majority and in contempt since 2016, promotes a “humanitarian aid” plan with the support of the US, Colombia and some European countries in an open challenge to Maduro, which, in fact, prevents entry of said aid because it is considered a pretext to invade the country and overthrow him.

In that sense, the Foreign Minister of Cuba, Bruno Rodríguez, has denounced on Tuesday the interference of the United States in Venezuela under the pretext of humanitarian aid, insisting that the US president, Donald Trump, has fabricated a coup against the South American nation.

The opposition, however, says that the assistance materials gathered on the Colombian side of the border will enter Venezuela next Saturday from Cúcuta.

Venezuela is going through a political crisis that worsened on January 23, when the opposition deputy and president of the AN, Juan Guaidó, proclaimed himself “president in charge” of the country. He was immediately recognized by the USA, several countries of the region and almost all the members of the EU.