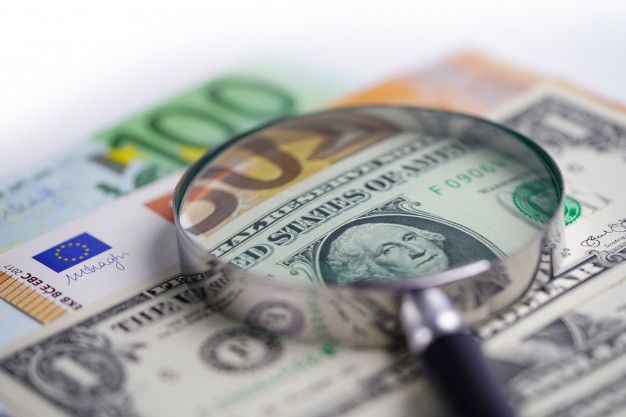 The restrictive monetary policy left banks without liquidity, restricted bank credit and reduced the demand for foreign currencies, whose price slowed compared to other prices. Thus, while the majority of goods register significant increases, the price of the dollar does not rise at the same speed and that is why families and companies have to change more and more dollars to pay in bolivars for the same amount of products. This gap gives rise to an overvaluation of the currency exchange rate that gives people (in Venezuela) the impression of inflation in dollars.

In September 2020, the exchange rate exceeded 430,000 Bs/$. Add to this amount the eight zeros you took from the old bills and you get an amount that few can read. (43,000,000,000,000 Bs/$). Once again the price of the dollar has been unhinged and its impact on hyperinflation will not wait. This is due to the recent measure by the Venezuelan Central Bank (BCV) to release 30 trillion bolivars per week from 90% of public deposits that banks are mandated to freeze under the figure of the legal reserve. This amount is equivalent to about US$ 80 million.

A positive impact of the reinjection of this money to the banks is that loans for production and consumption will be reactivated. The unwanted effect is that these bolivars are immediately converted into dollars to protect their purchasing power, thus pressing the increase in its price. Additionally, this has an inevitable impact on the balance in bolivars of commercial loans that are indexed to the evolution of the exchange rate.

As the conversion from bolivars to dollars is not only done to protect against inflation, but also to pay for buying and selling operations in an increasingly dollarized economy, the greater demand for foreign currency exerts a permanent upward pressure on the exchange rate This will increase as long as the BCV continues to inject liquidity into the banks and issues money that it transfers to PDVSA and deficit public companies so that they can pay payroll, suppliers and contractors, who will also protect themselves from hyperinflation by buying foreign currency.

The monetary policy that tries to curb the price of the currency has degenerated into a perverse incentive to exchange speculation, since speculators take advantage of the weeks in which the exchange rate slows to buy currencies at a lower price than they really should have and resell them when exchange rate containment becomes unsustainable and the dollar price is unhinged again. Currency speculators resell their accumulated assets and thus obtain large profits without having made any productive investment.

This exchange rate arrhythmia will continue due to the collapse of oil production that reduces foreign exchange earnings, the prolonged contraction of the domestic economy, the budget deficit and its financing with inflationary money, as well as the reinjection into the banking system of the liquidity dammed in the BCV.

For all these reasons, it is foreseeable that in the remainder of the year the exchange rate and hyperinflation will continue to rise considerably, hitting the budget of households, companies and institutions.