On Thursday, July 21, President Nicolás Maduro handed over homes of the Great Venezuela Housing Mission (GMVV) and property titles to six farming families, who had been evicted from their lands on April 12 by order of the mayor of Guatire, Raziel Enrique Rodríguez Villanueva, and Polizamora (municipal police) officials of the Villa Zamora 2021 subdivision of Miranda state.

President Maduro stated that the government worked hard for 50 days “to hand over the homes to the inhabitants of Villa Zamora, who had been subjected to an act of arbitrary eviction.”

Handing over the property titles, he added, “This is an act of justice and an occasion of happiness.”

The president informed the families that were victims of the eviction that they will have a production center and their own market.

Regarding the arbitrary eviction suffered by the families, Maduro stressed that the government of the country has to be vigilant because when the extreme right reaches administrative positions, it wants, in conspiracy with the local oligarchs, to “attack people’s power.” He warned the right wing and the oligarch that whoever tries to attack the people will meet “with us head-on… we will confront them and crush them with truth, justice, hard work, revolutionary work.”

“The extreme right, that wants to whitewash itslef and present itself as something new, is the same fascism that we have defeated,” he added.

The families speak
Exequio Ruiz Ñáñez, whom the Polizamora had illegally detained, described that the Villa Zamora families had “constant problems” with the Guatire Textile company, which claimed to own the land, although the company never presesnted ownership documents at the National Land Institute (INTI). 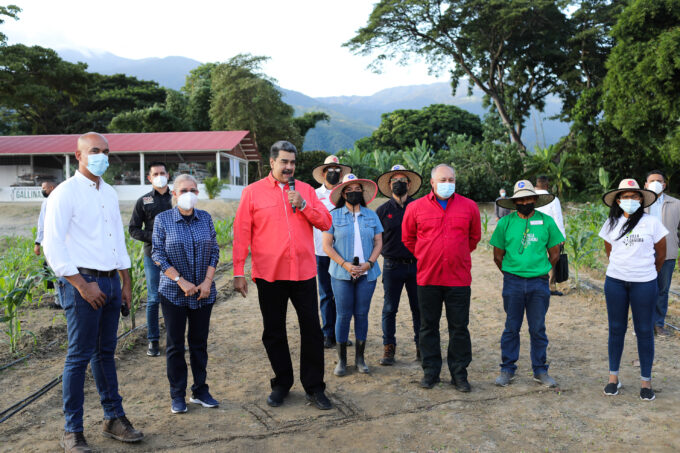 Ruiz Ñáñez, who turns 76 this year, said that the farmers who make a living in the plot do have property papers because INTI issued them on May 3, 2013.

Reina Ruiz, a member of one of the 13 families of the Mi Esfuerzo plot of Villa Zamora 2021, thanked the government of President Maduro for the attention and all the support given to the suffering families.

An act of justice
National Assembly Deputy and First Vice President of the United Socialist Party of Venezuela (PSUV) Diosdado Cabello was the first person from the Bolivarian government to publicly denounce the abuses suffered by the peasant families of the Villa Zamora 2021 plot. It was he who brought the complaint before the National Assembly.

“We heard of these companions’ complaints, an outrage that was done to them here,” commented Cabello. “Hundred-year-old trees were felled; the families were evicted, arrested, imprisoned, and nobody explained anything to them.” 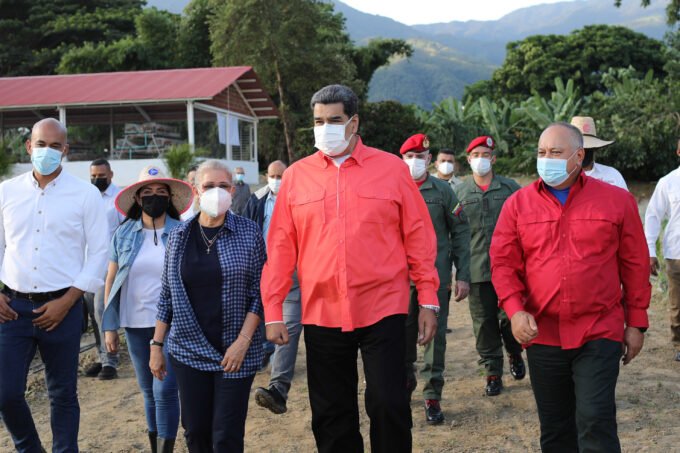 “Fortunately there was a complaint and we saw it, and in compliance with that instruction that you [Maduro] have given, that we should be on the street, we came here, we spread the news, and you immediately gave the order that the plot be rebuilt and justice be done,” Cabello added.

The Bolivarian Revolution has done justice as promised. “Today this act of justice becomes a revolutionary joy,” he remarked.

Context of the case
Farmers belonging to a family production unit, based in Villa Zamora 2021 subdivision, told Diario VEA how members of the Municipal Police of Zamora, together with representatives of the Guatire Textile company which claims ownership of the land, caused great damage to the land on Tuesday, April 12, destroying plants and homes and arbitrarily evicted the families. Reina Ruiz, a farmer, told the outlet that a few hours earlier, Polizamora had detained some members of those same families under false pretenses. 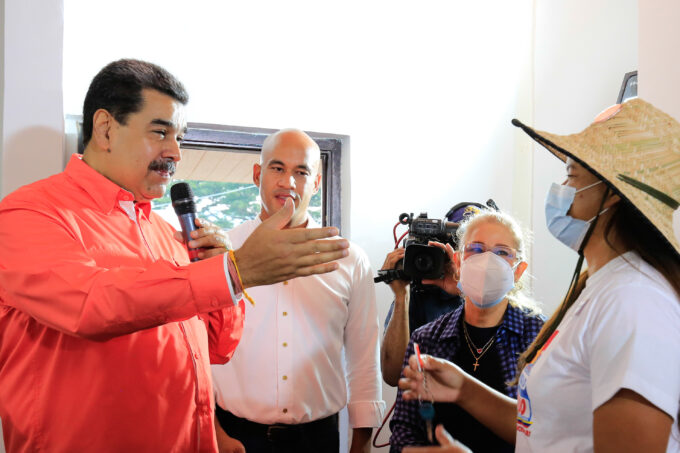 On Monday, April 25, the Office of the Attorney General of the Republic announced that Mayor Raziel Enrique Rodríguez Villanueva was charged on April 21 itself for these actions against the families of the Villa Zamora 2021 plot as well as for being involved in acts of corruption and abuse of office. 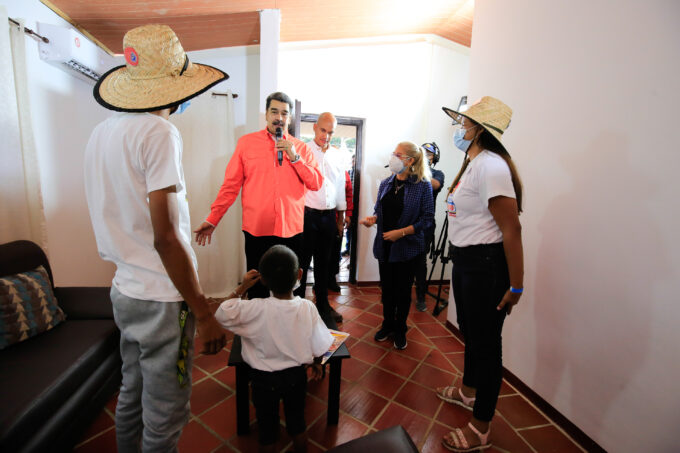 Representatives of the Ministry of Ecosocialism determined that the permits used by the offenders to justify the actions against the peasants of the Villa Zamora 2021 plot were forged. This was reported by Deputy Ricardo Molina, who explained that at the meeting on April 26 with the authorities of Ecosocialism Ministry, the facts were dicussed and responsibilities were determined. 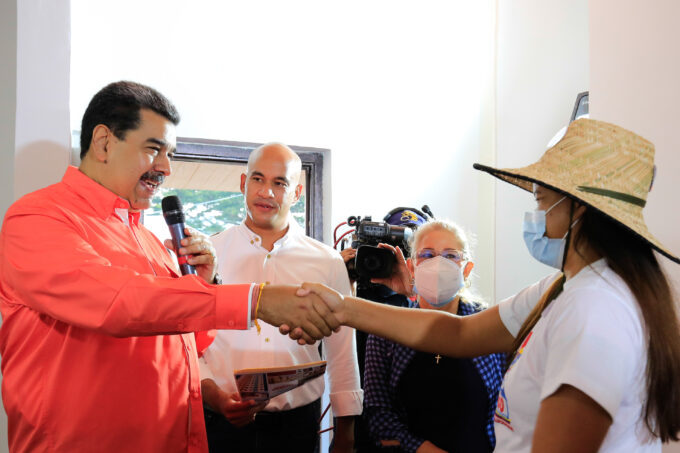 On April 30, the National Assembly commission designated for this matter interrogated 12 people involved in the case, including the head of Investigations of the Police Coordination Center #7 of PoliMiranda (Miranda state police); the directors of the Zamora mayor’s office of Housing, Ecosocialism, and Water; the Municipal Trustee; Mayor Raziel Rodríguez, and the president of the National Land Institute (INTI), David Hernández. 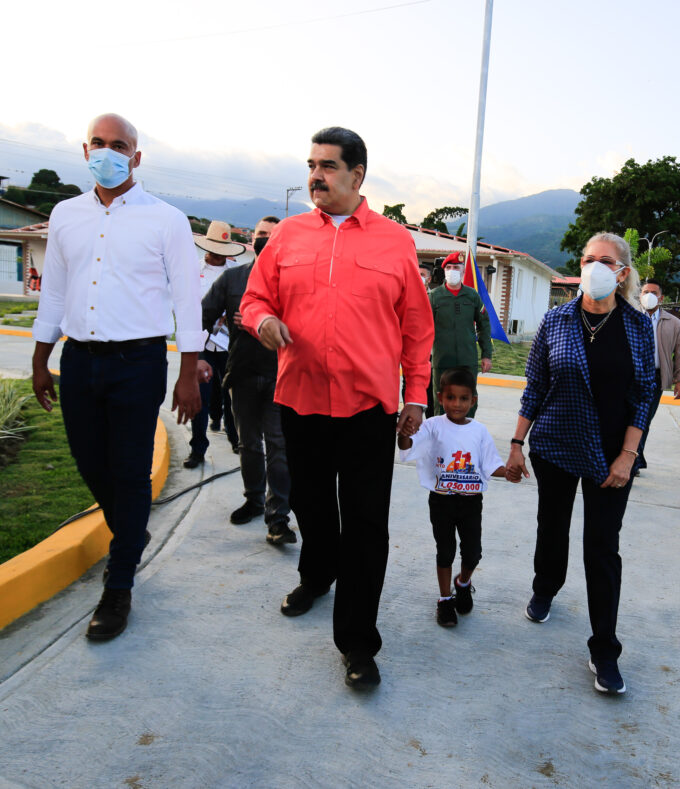 On June 9, the National Assembly unanimously approved charging Raziel Rodríguez for political responsibility, and announced criminal, administrative and civil actions. The parliamentarians also approved actions against police officers Neile Martínez,José Romero Parica, Raúl Romero and Belkis Ramírez for political, criminal, civil and administrative responsibility. The directors of Engineering and Housing of the mayor’s office, Carlos Carratu and Ebando Rodríguez, were also charged for their involvement in the eviction of the farming families from their plot. 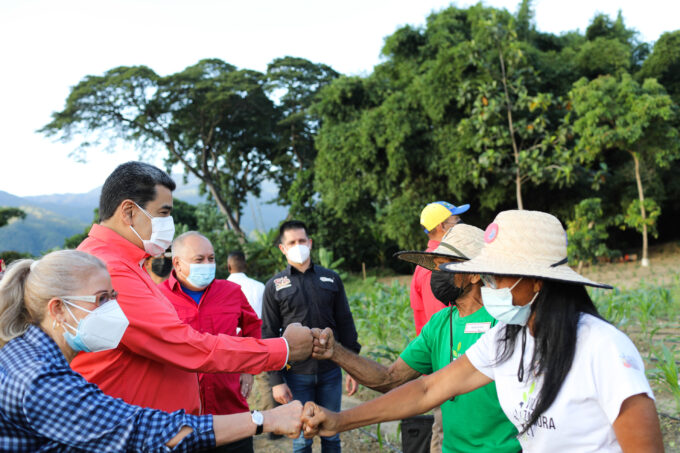 The measure also applies to the Fourth Prosecutor of the Public Ministry Norka Martínez, and to the Third State, Municipal and Criminal Judge of First Instance Jusbelys Carguaripano, acting as Control #3 of the Criminal Judicial Circuit of Miranda, as well as to the representatives of the company Guatire Textile SA, and especially Omar Sánchez, who led the eviction.