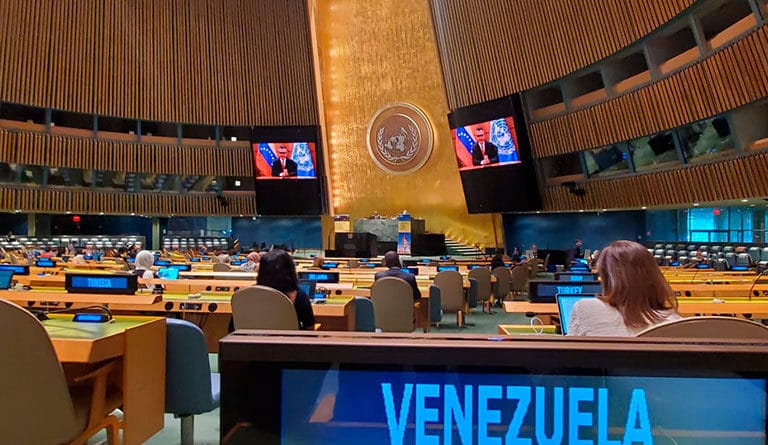 This Friday, May 21, Venezuelan Minister for Culture, Ernesto Villegas, urged the United Nations (UN) General Assembly to pronounce “firmly” in favor of the total and immediate lifting of the unilateral coercive measures that affect humanity, inappropriately referred to as “sanctions.”

In a high-level virtual event with the UN General Assembly, Villegas condemned the imposition of criminal blockades and illegal unilateral coercive measures against more than a third of humanity, including 30 million Venezuelans, in the midst of a serious worldwide pandemic.

Villegas, who advocated strengthening multilateral advancements benefitting cultural diversity, and praised UNESCO’s global efforts in this domain, said that “Venezuela fulfills its commitment to promoting a world characterized by diversity, respect, and international cooperation, enhancing the essence of our common and diverse stories.”

“We are sure that it is possible to advance, towards a superior environment of solidarity and respectful coexistence between diverse civilizations, animated by cooperation and cultural dialogue, instead of subjugation, extermination, or domination,” said Villegas.

Likewise, he pointed out that “education, science, and culture are areas where governments and peoples can resolutely advance towards what the popular Venezuelan singer Alí Primera defined as a ‘human humanity.'”

He referred to the repatriation of Grandmother Kueka, the sacred stone of the Pemón indigenous people [returned to Venezuela after 22 years in Germany]. In this sense Villegas said “we use this occasion to assert the proper value of cultural manifestations as levers of progress and for the spirituality of peoples.”

“In Venezuela, popular cultures, participatory and leading democracy, inclusion and diversity, the return to ancestral values ​​and original thought, are an essential part of our legal, political, economic, and social order,” he stressed.