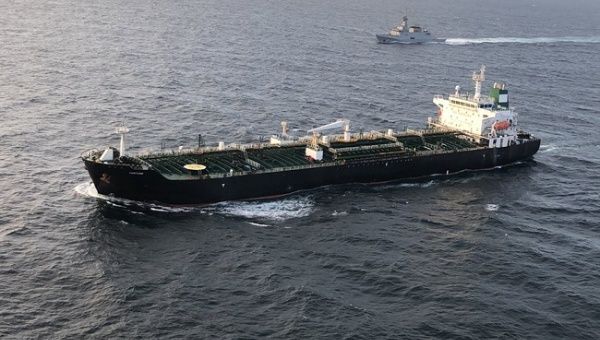 A Victory For Sovereignty, Independence, And Peace

This week, Venezuela and Iran faced up to threats made by the United States and defied the illegal US sanctions by sending five oil tankers from Iran to Venezuela. The US’ longterm unilateral coercive measures have prevented the two countries with the largest oil reserves from selling their oil. This economic terrorism has caused tens of thousands of deaths in each country. Despite this economic warfare and constant threats of military attack, the two nations joined together in solidarity and broke through the US blockade to deliver much-needed oil and supplies to Venezuela.

This was a victory for sovereignty, independence, and peace. It was an act of dignity for both countries to take this successful stand against the United States. They have shown the world that illegal US economic sanctions, which impact 39 countries and one-third of the world’s population, can be defeated. They set an example that other nations can refuse the US’ unlawful demands. Acting together, the world can end the abusive unilateral coercive measures, end dollar domination, and create a multi-polar world where nations large and small have sovereignty and independence from hegemony.

US Threats And Show Of Force Dissipate

Last week, President Trump told a conservative audience that the US has Venezuela surrounded. Earlier this year, Trump ordered a US armada to the Caribbean to target Venezuela, including destroyers, littoral combat ships, Poseidon maritime planes, AWAC surveillance aircraft, and on-ground special forces units. This is the largest US military presence in the region since the 1989 invasion of Panama.

Anonymous White House officials told Reuters the US has been “looking at measures that can be taken” to stop the “unwelcome”  impending delivery. The Washington Post quoted an unnamed high-level Trump official saying the administration “would not abide” Iran’s support of Maduro and “The president has made clear the United States will not tolerate continued meddling by supporters of an illegitimate regime.”

These threats are occurring just weeks after the failed May 3-4 mercenary invasion of Venezuela organized and led by ex-US special forces troops. The Bay of Pigs-like attempt to enter Venezuela by sea with 80 mercenaries was stopped by the Venezuelan government with the assistance of fishermen in the civilian militia. Two former US special forces and some Venezuelan military defectors are under arrest. Secretary of State Mike Pompeo has promised to use all means at the disposal of the United States to free the US citizens.

This week, US courts allowed the seizure of Venezuela’s largest foreign asset, CITGO, worth an estimated $8 billion. A federal judge approved the sale of the  CITGO refineries after the US Supreme Court upheld an earlier ruling. Foreign Minister Arreaza denounced the sale as an act of piracy and said, “There are 12 children waiting for a bone marrow transplant” that was going to be paid for by CITGO profits.  On May 14, Venezuela filed suit in a London commercial court that seeks to force the UK Central Bank to return an estimated US $1 billion worth of Venezuelan gold. Venezuela plans to use the gold to buy food, medicines, and healthcare equipment to respond to the COVID-19 pandemic reports Reuters.

The ultimate corporate media source, the Wall Street Journal, urged military action to halt the Iranian tankers, warning of the “risk to U.S. interests in doing nothing.” They claimed “President Trump has the legal power to declare an emergency and interdict the tankers.”  It warned the US needs to be prepared to respond to Iran in the Persian Gulf if they do so.

Veterans Intelligence Professionals for Sanity published a memorandum to the President warning that taking action would result in serious blowback from the world against the US. Further, such an action would be illegal and an act of war that would have unpredictable consequences, not just in Latin America but in the Middle East where there are many US targets. They urged the administration to stop “saber-rattling” as “huffing and puffing hasn’t blown Maduro’s house down.”

The five supertankers – Fortune, Forest, Petunia, Faxon and Clavel – carrying around 1.5 million barrels of fuel have to pass the belligerent US armada. Venezuela’s Defense Minister Vladimir Padrino López said, “They will be escorted by Bolivarian National Armed Forces boats and planes to welcome them in and thank the Iranian people for their solidarity and cooperation.”

The Iranian Foreign Ministry spokesperson Abbas Mousavi accused the US of threatening “piracy” and vowed “a decisive response.”  Iranian Defense Minister Amir Hatami warned the United States “Iran will not tolerate obstacles [to its oil ships]. Both the United States and other countries know that we will not hesitate. If the obstacles continue or increase, Iran’s response will be forceful.”

Both Iran and Venezuela warned the United Nations that any action by the United States to stop the oil tankers would be illegal. Iranian Foreign Minister Zarif wrote UN Secretary Antonio Guterres. Venezuela’s UN ambassador, Samuel Moncada, alerted the agency to the “threat of imminent use of military force by the United States.” The letter warned: “Ships with British, Dutch, French and American flags are bordering the coasts of our country, with a hostile and aggressive attitude . . . threatening the imposition illegal of a naval blockade.” He urged the UN Security Council to take immediate action to end the “warmongering and criminal policies,” of the US, which threaten the peace, security, and stability of the region.

Earlier in the week, the US blocked the Security Council resolution denouncing the attempted mercenary invasion of Venezuela. Ambassador Moncada thanked the countries that stood up for international law in the Security Council. Maduro said, “We have had a great victory in the UN Security Council” by exposing the US to criticism from the world. 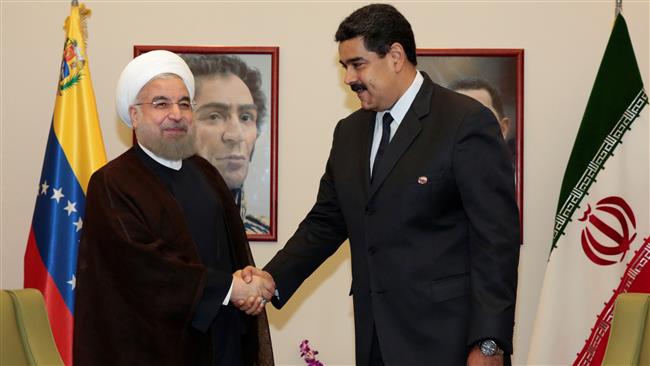 While the world waited for military conflict, on Saturday night after 7 pm local time, the first supertanker entered Venezuelan waters and is currently being escorted by the Bolivarian Republics’ military to port. The US did not intercept the tanker. Hopefully, this will continue for the remaining four tankers and the US will end the economic war against Iran, Venezuela, and other countries.

The arrival of these tankers from Iran marks a historic milestone as it is the first time that the Middle Eastern country exported fuel to Latin America. This is one example of many of US sanctions bringing nations together in solidarity against the United States. The US is caught in a paradox — the more it exercises force, the more power it loses as nations unite against US domination.

Venezuela’s strategic ties to Iran date back almost two decades, when President Hugo Chávez, the founder of its socialist state, struck a flurry of economic and financial deals with the president of Iran. The two nation’s were co-founders of OPEC in 1960. In 2008, Venezuela shipped gasoline to Iran when US sanctions were crippling its industry. Maduro has continued to build bilateral relations with Iran resulting in economic and other trade deals as well as through OPEC and the Non-Aligned Movement.

On Friday night, a group of Venezuelan youths raised the flag of the Islamic Republic of Iran in front of the mountain barracks where Commander Hugo Chavez rests as a token of appreciation for the shipment of fuels. People in both Venezuela and Iran celebrated the victory over the US blockade.

Now is the time to build on that success to grow the movement against the US’ illegal coercive measures. The Sanctions Kill coalition is holding a series of webinars to educate and organize toward that goal. The first was on May 9 and featured representatives from six countries. Speakers included Ana Silvia Rodriguez Abascal, Charge des Affaires of the Cuban Mission to the UN, Majid Takht-Ravanchi, Iran’s Ambassador to the United Nations, Francisco O Campbell, Nicaraguan Ambassador to the U.S., Dr. Bashar Ja’afari, Syrian Ambassador to the United Nations and Carlos J. Ron Martinez, Venezuelan Vice Minister of Foreign Affairs.

The next webinar will be on Sunday, May 31 at 1:00 pm EST and will feature representatives from Gaza, Venezuela, and other nations. It is taking place during an international week of action against imperialism from May 25 to 31.

The Non-Aligned Movement, a decades-old coalition of 120 nations representing 55 percent of the world’s population, has become reactivated. They met in Azerbaijan in October 2019 and in Venezuela in August 2019.  Both meetings denounced US sanctions and US military threats around the world. Nations are starting to provide assistance to sanctioned countries. In April, Britain, France and Germany used a new trade mechanism that bypasses US sanctions called Instex to send medical aid to Iran. These are positive signs.

While the victory of Iran and Venezuela is significant, it does not end the US economic war against the two countries. The US is persistent in its foreign policy goals and both countries need to be prepared for US escalation as a result of the Iranian supertankers going to Venezuela. Both countries cherish their independence and sovereignty. They will not give in. And they are building international solidarity. We in the US must demand that our government cease its hostilities and become a cooperative member of that global community. 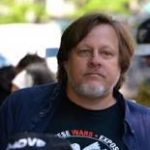