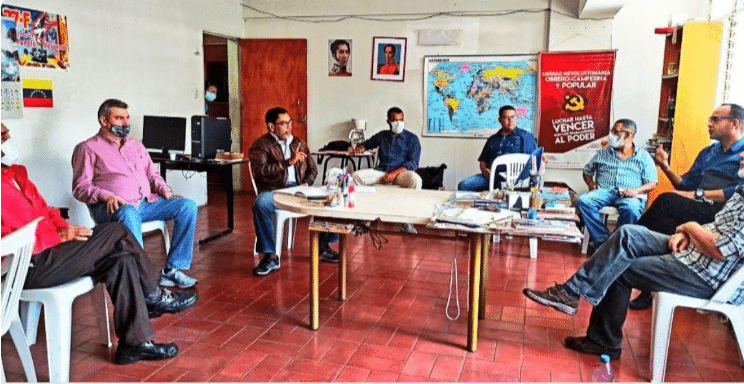 In a tough stance, the Communist Party of Venezuela (PCV) added, through a thread on its twitter account, that the “PCV rejects judicialization of the internal processes within political parties.”

“The Communist Party of Venezuela categorically condemns the judicial intervention in the #TUPAMARO Party and the imposition of an Ad Hoc leadership that violates respect for the internal democratic life of this organization.”

This is how the “gallito” party, a historic ally of Chavismo, reacted to the measure of the Supreme Court of Justice (TSJ), which suspended this Tuesday, August 18, the board of directors of the Unified Tendencies to Reach Organized Revolutionary Action Movement (Tupamaro) and appointed an ad hoc leadership in its place, as happened previously with the opposition groups AD, Primero Justicia and Voluntad Popular.

In the thread the PCV added that it “rejects the judicialization of the internal processes of political parties. Faced with complaints of again using the TSJ to impose accommodating and illegitimate executive boards, we demand respect for the development and democratic exercise of the organic life of the parties.”

In the social network of the “little bird” they demanded “the cessation of #TSJ interference in the internal affairs of the political parties and respect for the forces that have decided to promote a #AlternativaPopularRevolucionaria for the reconquest of #AN in favor of the working people of the city and the countryside.”

Likewise, the communists denounced to the public “the presence this August 18th of the SEBIN in the headquarters of the #PCV in Puerto Cabello, alleging routine procedure. Is it perhaps a measure of intimidation of the National and Regional Executive? they will not succeed! ”