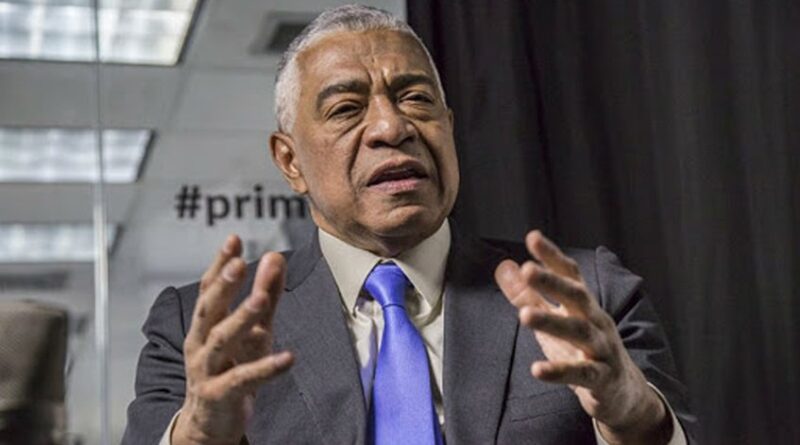 The leader of the ‘Soluciones” party, Claudio Fermín, said this Wednesday, August 19, that dissatisfaction with the government has different ways of expressing itself, “for example, here there are opposition supporters who are dissatisfied because President Donald Trump has not yet invaded us or because he has not yet put four or five more sanctions on us that end up suffocating the government.”

He said, on the Vladimir a la Carta TV show, that a union cannot be created between that sector of the opposition that “already have calluses on their knees from so much asking Trump to invade Venezuela” and those of us who “are nationalists, who believe in sovereignty and that we ourselves can solve our own problems. ”

When asked why not unite the opposition factors that are going to participate in the parliamentary elections, the political leader replied that “we all agree in believing in voting and not in abstention, in patriotism and not in foreign interference, but we are not a political bloc, we have different routes and criteria.” He mentioned that this does not mean that in January the elected deputies of different opposition political parties can agree to join forces.

He also said that it is a mistake to continue to use the concept of unity “simply as a fetish to punish dissent.” He fears that this theme of the unity will be used as a tagline by many people who are calling for abstention, “they will tell people look, don’t vote because they did not agree (among themselves), instead of telling them there are different options, choose the one you like best to represent you.”

The “national dialogue table” was not painted on the wall

Fermín said that the national dialogue table was not the same as the one in the Dominican Republic, nor that of the Vatican, nor that of Rodríguez Zapatero. “In these 10 months of dialogue even with the Covid-19, we achieved concrete things. We discussed a serious process of reinstitutionalization of the country and a policy to install a new National Electoral Council,” said the leader of Soluciones.

“The new AN cannot be a fighting ring”

He also emphasized that a new AN where pluralism reigns is imperative. “Parliament is to weave national projects, not to impose sectarian views and liquidate the opposite side,” said Fermín.

He said that the AN of these last 5 years was a center of national hostility. “One told the other that it was going to remove it in 6 months, the other declared it in contempt, when none of that was in the Constitution. The AN became the political command of the G4 and not a center for national legislation We cannot return to that,” warned the opposition politician.

He also announced that he is at the top of the national list of Solutions.

Regarding the increase in the number of deputies, Fermín explained that this was a proposal of “Soluciones”. “Our Constitution establishes that in order to calculate the number of deputies of the AN, 1.1% of the population must be polled. In the last 20 years there was a restrictive interpretation of the Constitution and it was being violated. It was necessary to apply 1, 1% to personalized vote and 1.1% to proportional representation.” Therefore, he indicated that thanks to the dialogue table, the correct interpretation of the Constitution has been restored.

Finally, he said that the cessation of usurpation is one of the “most shameful political scams.”