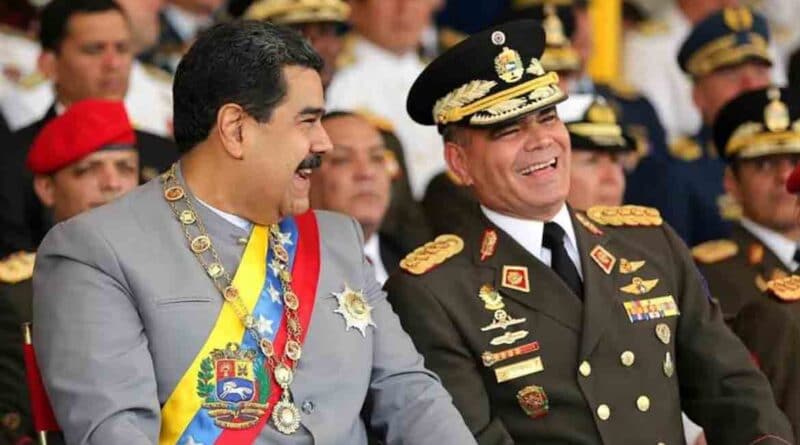 On Thursday, February 18, for the second consecutive day Venezuelan President Nicolás Maduro brought attention to the Venezuelan and Colombian public opinion that Iván Duque’s regime intends to continue attacking Venezuela, warning Colombia that it’s meddling with the people who gave birth to the giant Simón Bolívar, the Liberator.

From the Ayacucho Room of the Miraflores Palace, where he headed a ceremony to report on Venezuela’s fight against Colombian drug trafficking, Maduro rejected all the recent media attacks by Duque, and recognized the pronouncement of the Bolivarian National Armed Forces (FANB) in the Regions of Integral Defense (REDI) in the speech of Minister for Defense, Vladimir Padrino López, as well as statements denouncing Duque’s threats by the National Assembly (AN), both made public the day before.

“The FANB has said that it’s ready for the armed defense of the national territory when necessary, in the right place and time,” said Maduro. He congratulated the courageous, clear, and direct attitude of the FANB as a whole, united in a single body under the flag for the defense of peace in Venezuela.

“Let’s hope Duque doesn’t make a mistake with Venezuela,” said Maduro. “I said it yesterday and I repeat it today.”

Likewise, President Maduro referred to the forceful pronouncement of the plenary session of the Legislative Power, which this Thursday also denounced—with evidence in its hands—Duque’s intentions to evade responsibility for the mercenary conspiracies against Venezuela that were financed, planned and prepared in Colombia.

“We are defending our sovereignty, and also identifying what must be identified, so that in Colombia they have the good sense to know that they’re messing with the people who gave birth to Simón Bolívar, Sucre, Cacique Guaicaipuro, Negro Primero, Ezequiel Zamora, and to the giant Hugo Chávez, who are all with us still.”