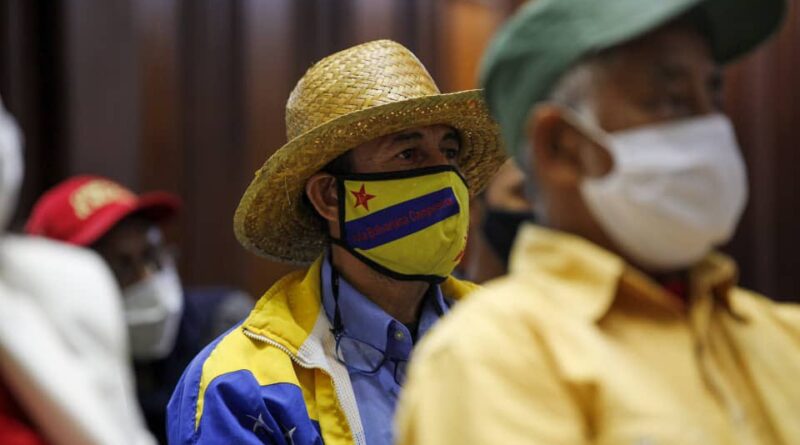 The president of the National Assembly and the Special Commission for Dialogue, Peace and Reconciliation, Jorge Rodríguez, gave details of the meeting he held this Monday, March 15, with peasant and fishing movements from all over the country.

Rodríguez, who highlighted that the meeting was very productive, pointed out that these movements “have faced the criminal blockade against Venezuela in the front lines.” The meeting counted on participation of peasant leaders from different parts of Venezuela using virtual meeting tools.

RELATED CONTENT: President Maduro Orders a Report on the Case of 370 Murdered Peasants

He indicated that “important laws are pending, such as the Urban and Peri-urban Agriculture Law, the qualification of harpoons as tools for fishing, the consideration of family farming, and everything that has to do with food security. Access to credit, the fight against hired killers (sicariato), the fight against the murder of peasants.”

He stressed the fact that opposition politicians and representatives of peasant and fishing movements from the Bolivarian sector also participated in the conference.

In this vein, he pointed out that a working subcommittee was formed that will be made up of deputies Braulio Álvarez, Rudy Puerta, Nancy Pérez, William Fariñas and Ezequiel Pérez.

“The peasant sector of the Bolivarian Revolution and the opposition are each going to propose four representatives to this subcommittee, so that we can quickly have a white paper with proposals that the peasants have and that can be channeled as soon as possible by this Parliament. We are leaving very happy, very happy and we thank all the peasants and fishers for everything they are doing to overcome the criminal blockade against Venezuela,” concluded the head of the Legislative Power.