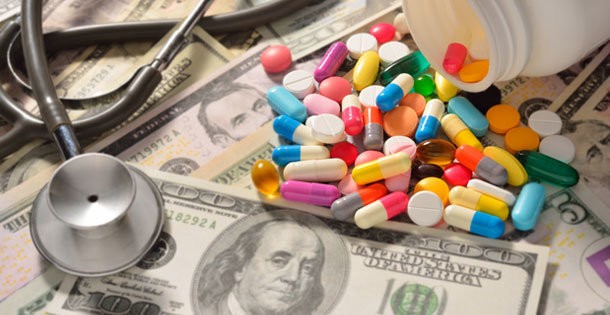 Caracas denounces a smear campaign against Venezuelan efforts to save the lives of kids affected by US sanctions. Venezuelan Foreign Minister Jorge Arreaza accuses some media of spreading fake news in relation to the deaths of several Venezuelan minors who failed to receive a transplant when they were in Italy. The foreign minister recalls that the Venezuelan government carried out this social assistance through its Citgo oil branch – confiscated by the US – and points out that Caracas did send funds for the health program, but they were retained by the Novo Banco de Portugal allegedly complying with Washington sanctions.

This complaint comes in reference to an article that Daniel Lozano wrote in the Spanish newspaper El Mundo on May 25, which stated that the deaths of these children are due to the suspension of that humanitarian program by the offices of Nicolás Maduro.

In this regard, the Venezuelan diplomat shared images of some payment orders issued by PDVSA to transfer resources and give continuity to the health program in Italy, and the vouchers of the transactions rejected and canceled by Novo Banco. Those resources were withheld, blocked.

Recently, the executive secretary of the National Human Rights Council, Larry Devoe, denounced international banking for rendering ineffective the transfers requested by PDVSA and other institutions for 4 million 851 thousand 278 euros for the treatment of patients.

Critical consequences
Beyond the case mentioned by Arreaza, US sanctions also caused a whole crisis of medicines within Venezuela. RT talked with some affected families to learn their history.

One of these cases is that of Douglas Guevara, who moved to Buenos Aires, Argentina, to save the life of his daughter Isabella through a transplant that the body of the minor is rejecting.

“That merits a specific treatment, multiple daily controls, ultrasound, all those things that are not being done at the moment,” Guevara explained.

All expenses of Isabella and 20 other patients in the world were borne by the Venezuelan company Citgo . Now they are waiting, while the oil company is handtied after the blockade of its accounts imposed by Washington.

In the flesh
“We are here the raw voice of what is happening in Venezuela, that the blockade is not affecting political leaders”, but “it is directly affecting the people, the children; in this case, my daughter, the six children that are here and many in the world,” said Douglas Guevara.

Since 2015 Barack Obama signed a decree that declared Venezuela an “unusual and extraordinary threat”, 30 pharmacists have withdrawn from that country. In this context, Caracas has denounced that the Novo Bank has frozen more than 1,500 million euros -1,680 million dollars- aimed at the importation of medicines.

This situation is in addition to the blockade by Washington of the state PDVSA. For the Venezuelan authorities, the US has applied sanctions knowing Venezuela’s high dependence on the importation of drugs, equipment and medical supplies.

RELATED CONTENT: US Sanctions Leave Millions of Venezuelans Without Water

Produce to survive
“If you do not have type 1 laboratories, which is the one that makes you the raw material for the type 2 laboratory – which does exist in Venezuela – you have to import it,” said Henry Ventura, executive secretary of the Pharmaceutical program in Venezuela.

Knowing these shortcomings, the Venezuelan Government seeks to develop production lines of these inputs with support from other countries. According to the statistics of the Pharmaceutical programe, 98% of the elements that the health system requires are imported.

Venezuela could become a pole of development of these inputs through its petrochemical industry. Now more than ever, producing is more than a challenge: it’s a real need.