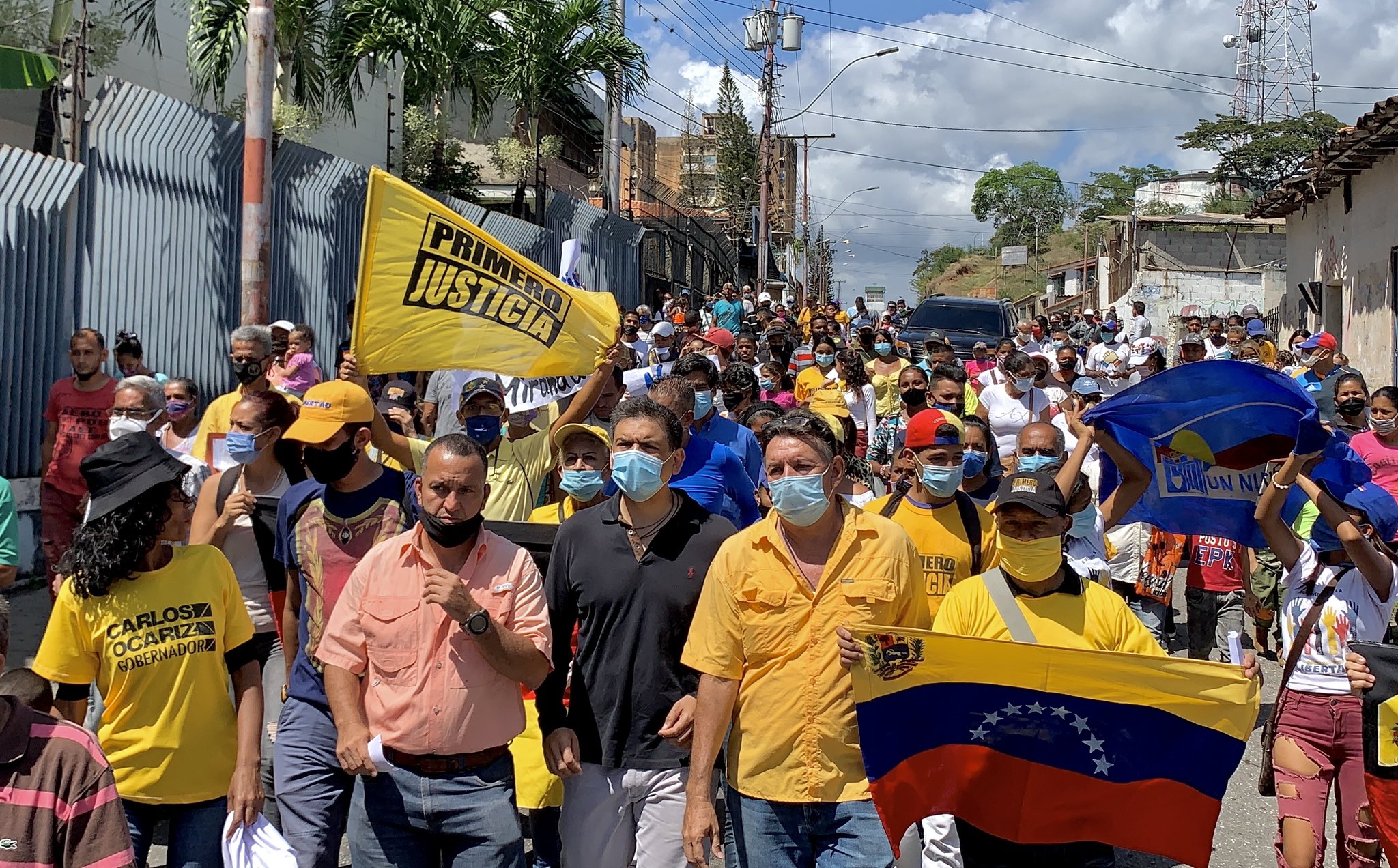 “This fight that we are giving in the street is also to demand fair electoral conditions. So that Venezuelans can vote and choose in free elections, said Carlos Ocariz, former mayor of the Sucre municipality of Miranda state last Saturday, February 27.

This declaration confirms his intention to participate in the next electoral process, where it is expected to elect mayors and governors at the national level. This is just a few weeks after Venezuela’s parliamentary elections, when the same politicians called for electoral abstention because—according to them—there were no conditions for running a fair election.

“This is the right that Venezuelans have to express ourselves freely at the polls,” said the politician, this Saturday, February 27.

RELATED CONTENT: Confrontation Between Primero Justicia and Voluntad Popular (A Brief of the Document Proving Sedition)

The leader of Primero Justicia Carlos Ocariz, already seems to be starting his electoral pre-campaign by making tours in Miranda state. One of his publications on Twitter reads” “Miranda and Venezuela deserve better. Let’s conquer freedom with the #Vote.”

Ocariz was a candidate for the governorship of Miranda on two occasions. The first time he withdrew voluntarily and the second time he lost to Héctor Rodríguez, current governor of the State of Miranda.

After making known the possibility of holding mega-elections, where mayors and governors at the national level would be chosen, various leaders of Primero Justicia have shown their interest in participating.

Carlos Ocariz also offered the opinion that “many criticize and speak, but the time has come to provide real solutions and fight for them, because in the end the people are the ones who experience hardships and needs.”

In recent days, President Nicolás Maduro reported during a speech that opposition spokesmen such as Carlos Ocariz, Capriles Radonski and David Uzcátegui, are already seeking votes.

Featured image: Venezuelan opposition politician, Carlos Ocariz from extreme right Primero Justicia party, is preparing the ground for governor elections in Miranda state less than two months after calling for abstentions due to the alleged lack of democratic conditions. Photo courtesy of @CarlosOcariz.