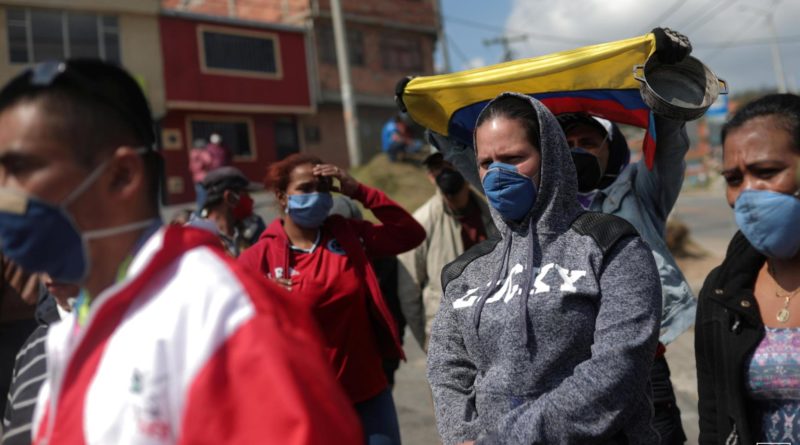 Tensions in Colombia are growing as food supplies promised by President Ivan Duque to prevent hunger during a quarantine allegedly never arrived in some parts of the country.

Residents of poor parts of the capital Bogota and the country’s second largest city, Medellin, took to the street to protest on Tuesday and Wednesday claiming they never received promised aid. RELATED CONTENT: Ecuador Confirms a Discrepancy of 5,700 Deaths in Guayas, the Province Hardest Hit by Covid-19

Looting was reported in several parts of Medellin, in Vichada’s capital Puerto Carreño and in Sincelejo, the capital of the northern Sucre province.

The road between between the Cordoba and Antioquia provinces was reportedly closed on Wednesday after locals allegedly took to looting trucks.

The increased unrest comes amid growing criticism on the government over the irregularities in food provision and mounting evidence of the embezzlement of emergency funds.

Ahead of the quarantine that began on March 25, Duque promised emergency stipends and the delivery of food supplies to poor areas where people’s livelihood depends on working on the street.

The execution of these huge logistical operations have been hampered by irregularities, however, and reports of people growing hungry increase.

A growing number of families have been hanging red drapes and shirts out their windows — an indication a household is without food — in the hope others can help them.

Colombia’s national government has yet to respond to the growing number of reports that the failure to deliver promised emergency aid is leading to unrest and violence.

Instead, Duque introduced a daily online radio show in which he highlights the virtues of his government’s response to the crisis caused by the coronavirus pandemic.

The president lost much of his authority, however, as local authorities have taken the lead in trying to maintain order and attend the humanitarian crises that are growing throughout the country.