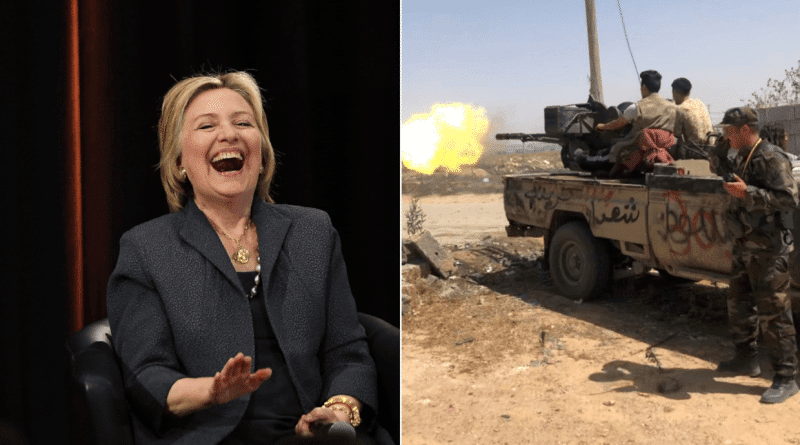 A newspaper operated by China’s Communist Party pulled no punches on Hillary Clinton’s support for Hong Kong protesters, noting her role in past foreign policy debacles ranging from the Iraq War to US intervention in Libya.
“@HillaryClinton has called for support of the rioters in Hong Kong. Let’s see what happened when she ‘supported’ Syria, Libya, Yemen, Iraq,” the People’s Daily tweeted.

The accompanying video shows clips of Hillary Clinton throughout her tumultuous political career, advocating for wars and foreign policy positions that have led to the deaths of hundreds of thousands of people across the Middle East and North Africa.

.@HillaryClinton has called for support of the rioters in Hong Kong. Let’s see what happened when she “supported” Syria, Libya, Yemen, Iraq. pic.twitter.com/dAZcuqkljO

The video ends with a photograph of a US Consulate official meeting with Hong Kong activists, and video footage showing demonstrators waving American flags. Washington is now attempting to “intervene” in Hong Kong, the video claims.

Earlier this week, Clinton urged the world to “stand in solidarity” with the Hong Kong protesters as they “speak out for democracy.”

Beijing has repeatedly accused Washington of playing an active role in demonstrations that have rocked Hong Kong since March. On Thursday, China’s Foreign Ministry office in Hong Kong accused the US of “conspiring with radical criminal elements and are insanely involved in anti-Chinese criminal cases” in the semi-autonomous territory.