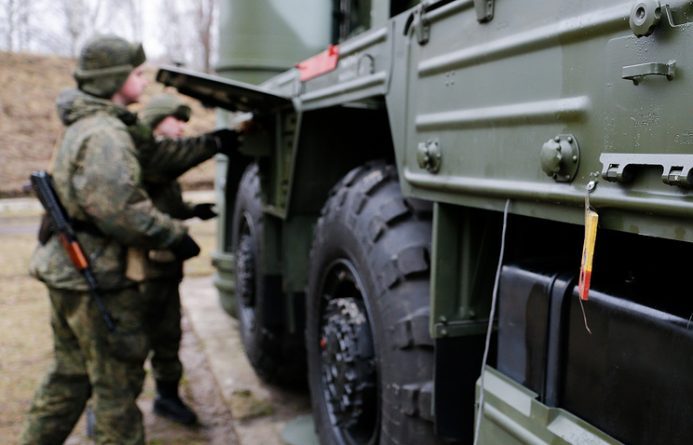 The Russian defense minister warns that they have at their disposal the means to circumvent the US anti-missile system of a “destabilizing character”.

“No anti-missile system can guarantee 100% protection, the tool to deceive it can be developed in a short period of time and Russia has accomplished that task,” Sergei Shoigú highlighted at the 8th Moscow International Security Conference (MCIS).

Similarly, he said that the American country itself, despite denying it,  in its documents discloses formally that the system in question has an “anti-Russian orientation”.

In the opinion of the high ranking military officer, the USA, with the uncontrolled and unlimited deployment of its anti-missile systems in the world, undermines confidence and stimulates an arms race, especially after its withdrawal from the Treaty of Intermediate Nuclear Forces (INF), from the Cold War era.

In March, Moscow responded to the departure of Washington from the aforementioned agreement and suspended its participation in it. On the other hand, Russia argues that the missile defense systems deployed by the Americans on the European continent can be adapted to launch cruise missiles prohibited by the INF.

“Today, the US is deploying missile defense facilities outside its territory, delegating to its allies some of the responsibilities of protecting the US from ballistic missile attacks,” Shoigú has complained, regretting that Washington’s allies have become “hostages” of their adventurist decisions.

On another occasion, Russian President Vladimir Putin lashed out at Western Europe for not having a policy independent of the US and indicated that these countries do not want US missiles on their territory, but do not dare to oppose Washington.