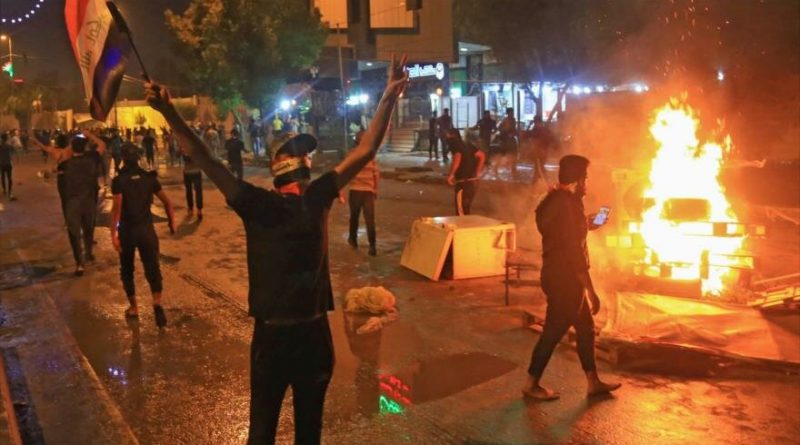 The events that have taken place in the Middle East in recent years show that an event is followed by another much more intense than the first, this follows from an analysis.

An article published this Saturday in the Arab newspaper Raialyoum has revealed the links between the events, including riots and chaos, in western Asia, especially the recent demonstrations in Iraq and Lebanon.

The publication referred to a September 2012 conference in Qatar on the so-called Arab revolutions and the challenges of democratic transition and government reconstruction. The majority of the guests were extremist leaders who had played a relevant role in the armed conflicts of Syria and Libya, among others. The Qatari news network Al Jazeera broadcast the speeches of the event for two days.

The article has also referred to the so-called “cedar revolution” recorded in Lebanon, when on February 14, 2005, then Prime Minister Rafiq Hariri was killed in an attack with a car bomb near the Hotel Saint George in Beirut, the Lebanese capital

After this incident, the leaders of the March 14 Alliance accused the Syrian government of the attack due to their extensive military power and their presence in Lebanon. However, Syria and some Lebanese parties attributed the attack to Israel as this regime seeks to destabilize the country.

The protests at that time in Lebanon demanded the immediate withdrawal of its 14,000 Syrian soldiers and ended up achieving their objective. So that withdrawal paved the way for the Tel Aviv regime to increase its power and pressure against the Lebanese government.

USA presents the aforementioned agreement as a peace initiative; however, leaks highlight that it will be able to end the Palestinian struggle to recover its territories. In fact, it denies the right of return to the Palestinian refugees expelled after the formation of the Israeli regime, among other pro-zionist measures, while not even contemplating a separate and sovereign Palestinian state.

From the beginning, the Palestinians and the majority of the Arab and Muslim population in the Middle East rejected this American plan, noting that it is actually seeking to end the Palestinian cause and normalize Israeli apartheid.