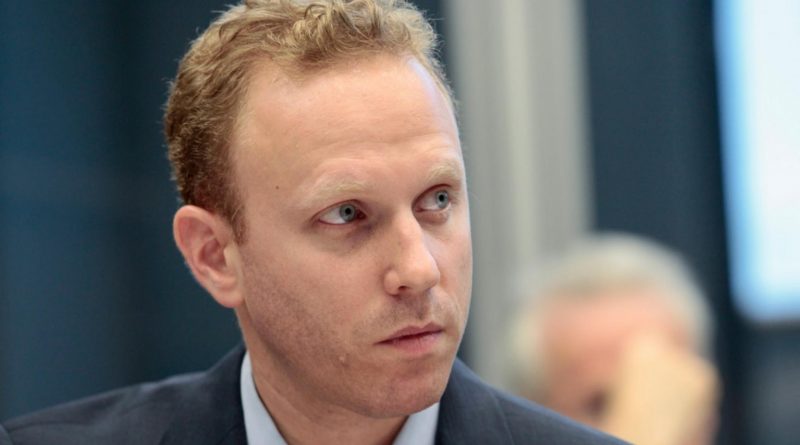 The National Lawyers Guild International Committee strongly condemns the arrest of independent journalist Max Blumenthal. Blumenthal was arrested from his Washington, DC, home by a large group of police on October 25, held in jail for two days and denied access to an attorney throughout this period.

Reporting on his arrest, Blumenthal noted that the arrest warrant was five months old and had previously been denied. The charges date back to Blumenthal’s work covering the U.S.’ unlawful seizure of the Venezuelan embassy in Washington, D.C., and its transfer to a group of supporters of the Venezuelan opposition.

A group of U.S.-based justice activists were invited to remain in the embassy by the Venezuelan diplomats, representing the internationally recognized government of the Bolivarian Republic of Venezuela, who were forced to leave the country. The Embassy Protection Collective remained inside the embassy for weeks, conducting a vigil inside while the building was surrounded 24/7 by far-right supporters of a coup in Venezuela.

Washington, D.C., police allowed this group to lay siege to the embassy, denying participants in the Embassy Protection Collective access to food and water. Utilities were turned off including water, electricity and other essential services reaching the embassy in order to drive out the protectors and install a U.S.-supported representative in a nearly unprecedented assault on the protections granted to diplomatic installations, particularly embassies and consulates.

These actions came in violation of the provisions of the Vienna Convention on Diplomatic Relations which requires the U.S. to recognize the inviolability of embassies and to “take all appropriate steps to protect the premises of the mission against any intrusion.” The Vienna Convention was ratified by the United States in 1972 and thus is a part of federal law.

Blumenthal is being charged with assault due to a complaint by one of these supporters of the U.S-backed claimant to the Venezuelan presidency, Juan Guaido. During the Embassy Protection Collective’s vigil, supporters and others would attempt to deliver food to those inside, who included two reporters for Blumenthal’s media outlet, “The Grayzone.” Several people, including the president of Veterans for Peace, were arrested for attempting to bring food and water to the embassy protectors.

We join Blumenthal in noting that his arrest took place hours after The Grayzone issued a report on USAID funding to lobbyists for the Venezuelan opposition. It also appears to be a form of retaliation practiced against both embassy protection activists and critical journalists for their opposition to the U.S.’ unlawful intervention in Venezuela, support for an attempted coup and unilateral coercive economic sanctions directed against the country.

At the same time that we condemn the arrest of Blumenthal, we note that this comes alongside the conviction of seven anti-nuclear protesters, who now face up to 20 years in prison. In that case, the Kings Bay Plowshares 7 were explicitly denied the ability to bring expert witnesses to testify about their actions in light of international law and the illegality of nuclear weapons.

The arrest of Blumenthal is also not separate from the global policies of sanctions, suppression and regime change being pursued by the U.S. government. Unilateral coercive measures, prohibited under international law, are being imposed by the U.S. against Venezuela, Cuba, Iran, Nicaragua and other nations. They represent a grave risk to both national sovereignty and the international rule of law, and by imposing poverty and deprivation on entire countries, deprive millions of people of their fundamental economic and social human rights.