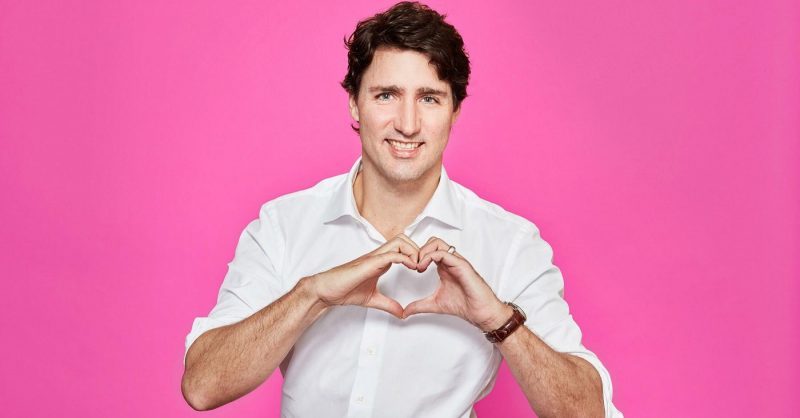 “Viva Prime Minister Fidel Castro! Viva the Cuban-Canadian friendship,” Trudeau belted to applause and enthusiastic retorts of ‘viva!’ from the thousands of Cubans that came to hear him speak on his first visit to the island.

This was of course Pierre Elliott Trudeau, father of current Canadian Prime Minister, Justin Trudeau, on his 1976 tour.

Trudeau Sr. charted a foreign policy for Canada that earned him few fans in Washington, establishing relations with Mao’s China but also bolstering ties with Cuba.

After his visit, the first by a Western leader to revolutionary Cuba, the late Canadian politician maintained a close friendship with Fidel Castro, and the iconic Cuban leader even travelled to Ottawa in 2000 to be one of Trudeau’s pallbearers.

No matter who was in 24 Sussex Drive, successive Canadian government’s rebuked US pressures when it came to Cuba. This long-standing policy is now coming under stress, and Canadians might be seeing a significant shift in their government’s stance towards their preferred tourist hub.

According to a recent article by the state-funded CBC, Foreign Affairs Minister Chrystia Freeland thinks Cuba’s relationship to Venezuelan President Nicolas Maduro is “concerning,” and acknowledged the issue was raised at a February ‘Lima group’ meeting hosted in the Canadian capital.

The hawkish Canadian diplomat, who has also been identified as having spoken with Venezuelan legislator Juan Guaido two weeks before his self-proclamation as president, did recognize a “longstanding relationship” with Cuba involving tourism and Canadian businesses.

A senior trade official quoted in the CBS article confirmed however that Canada has been raising the issue of Venezuela directly with Havana.

Cuba’s Ambassador in Canada slammed CBS News’ “tendentious” article, which went on to cite debunked claims about Cuba sending “a private army of almost 15,000” for “Maduro regime’s machinery of repression.”

The Cuban government didn’t respond to the Freeland’s allusive statements, but Canadians are taking note.

“She didn’t say there is a change but that she is concerned, and I find that concerning because we have had long-time relations with Cuba dating back to the Diefenbaker government,” says Elizabeth Hill, President of the Canada-Cuba Friendship Association, a volunteer organization that informs the Canadian public about Cuban achievements and promotes its culture.

RELATED CONTENT: Decades of US Support for International Terrorists in Their War Against Cuba

“We have strong cultural, economic, trade, and tourism connections with Cuba and I don’t know why she would say anything about concerned, because I don’t think anything has changed with what Cuba’s doing and its position in the world,” she told this author.

The connections forged between countries, including economic ones are indeed deep.

Over 1.2 million Canadians visited the island in 2016, making up roughly ⅓ of all tourists in Cuba.

There are also some 85 Canadian companies and subsidiaries operating in Cuba, including Labatt Breweries and Sherritt International Corp, which has investments in nickel mines as well as electricity, oil and gas.

Ottawa has protected Canadian businesses against sanctions imposed by other countries through a piece of legislation called FEMA, though pro-Cuba advocates like Hill say the effects of the US blockade are still felt in Canada.

In 2017, the US Office of Foreign Assets Control (OFAC) issued an $87,000 fine to the American Honda Finance Corporation after Honda vehicles were leased to the Cuban Embassy in Ottawa.

Moreover, the US government under Donald Trump recently restored aspects of the Helms-Burton Act, which gives US citizens the ability to sue foreign based companies who do business with Cuba.

Freeland and the Trudeau government have zealously supported US sanctions on Venezuela, but until recently the issue of Cuba has not been raised.

However, opponents of the Maduro government, especially the Venezuelan émigré population in Canada, have been actively lobbying to have Ottawa’s position align with Washington and they are bringing Cuba into their conversations with Canadian decision-makers.

“On various occasions, we’ve raised and explained the lack of autonomy of the Venezuelan regime,” said Venezuelan-Canadian Alessandra Polga about their dealings with the Canadian government.

For Pogla, who is described as a director of a ‘Human Rights Observatory’ called ‘CASLA Canada’ though an internet search shows connections to numerous, anti-Maduro groups, “the interference of the Cuban regime in decision-making in Venezuela is extremely well-known.”

With a federal election just months away in Canada, the Trudeau Liberals themselves have also acknowledged that these groups have their ear.

“We have heard directly from the Venezuelan opposition that they’re concerned by the role that some Cubans are playing in their country,” said Freeland.

To date, they have succeeded in having Ottawa adopt an aggressive position towards Venezuela, but it remains to be seen whether their efforts or those of Washington will finally succeed with regards to the Canadian government’s relationship with Cuba.

The broader public in Canada will likely be harder to convince.

For Canadians like Hill, Justin Trudeau’s positions on Venezuela and Cuba, including his decision not to attend the funeral for family friend Fidel Castro, are “sad and disappointing.”

As people prepare to hit the polls this fall, the Canadian leader is currently embroiled in the worst scandal of his unmemorable first term and the gap between his projected image as a progressive and his actions are coming into focus.

This includes not only betraying his father’s legacy with regards to the sovereignty of countries in the region, but it is also about setting his own country down a dangerous path.

“It’s very sad and very scary. These are things with big, world-wide repercussions, and it’s not the role that Canada should be playing,” Hill says.

Pablo Vivanco is a journalist and analyst specializing in politics and history in the Americas, and served as the Director of teleSUR English. Recent bylines include The Jacobin, Asia Times, The Progressive and Truthout. Follow him on Twitter @pvivancoguzman