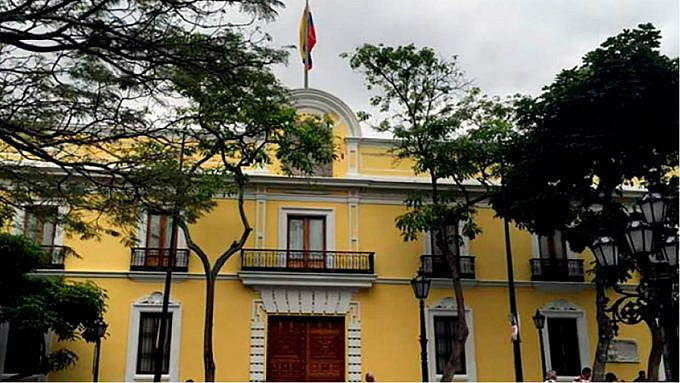 Venezuela rejected the interventionist statements of the Canadian government, which expressed its ignorance of the results of the regional and municipal elections held in the Caribbean country last Sunday, November 21.

Part of the Canadian interventionist and imperialist statement reads: “On November 21, regional and municipal elections were held in Venezuela. As was the case in 2018, conditions for free and fair elections still do not exist in Venezuela. The Maduro regime continues to imprison and persecute political opponents, perceived opponents and members of civil society, and there is a suppression of media freedom and an absence of rule of law.”

Through a statement, published by Venezuela’s Foreign Minister Félix Plasencia on his Twitter account, Venezuela regretted that Canada, “in the absence of its own foreign policy and in order to meet the expectations of the United States,” is resorting to disparaging an electoral process validated by more than 300 international observers and companions.

Canada stands by the people of #Venezuela and echo their continued call for full respect for the Venezuelan constitution and the holding of an electoral process that reflects the true desires of the Venezuelan people.
Min. Joly’s statement: https://t.co/lmpg2SAmcD

“Unlike Canada, Venezuela is a country free from foreign tutelage, and it demonstrates it in each election in which the model of participatory and protagonist democracy, enshrined in the Constitution and supported by the democratic will of the Venezuelan people, is deepened,” read the statement.

RELATED CONTENT: ‘Canada Does Not Have a Sovereign Foreign Policy’ – Chavista Chronicles from Caracas Interviews Aidan Jonah, Editor of The Canada Files

Below is the unofficial translation of the statement by Venezuela’s Ministry of Foreign Affairs:

The Bolivarian Republic of Venezuela categorically rejects the interventionist statements of the Canadian government, in relation to the electoral process on November 21, 2021, when the Venezuelan people came out freely to exercise their right to vote.

It is regrettable that, in the absence of its own foreign policy and in order to comply with the expectations of the United States, the government of Canada resorts to the disqualification of an electoral process, widely validated by more than 300 international observers, constituting—in more appropriate terms—a political pamphlet rather than a declaration of a sovereign state.

Ironically, Canada questions the context of the recent elections, but it was the only country that took concrete action to prevent Venezuelan voters residing in Canadian territory from voting at the Venezuelan Embassy and Consulates during the 2018 presidential race.

Similarly, Canada speaks of the impact on the economy and human rights, while applauding, supporting and promoting illegal coercive measures against the entire Venezuelan people that constitute crimes against humanity.

Faced with such cynicism, the government of Venezuela demands that Canada immediately end its illegal coercive measures and its political and material support for corrupt individuals who promote the embezzlement of assets belonging to the Venezuelan State.

Unlike Canada, Venezuela is a country free from foreign tutelage and it shows this in each election in which the model of participatory and protagonist democracy, enshrined in the Constitution and backed by the democratic will of the Venezuelan people, is deepened.