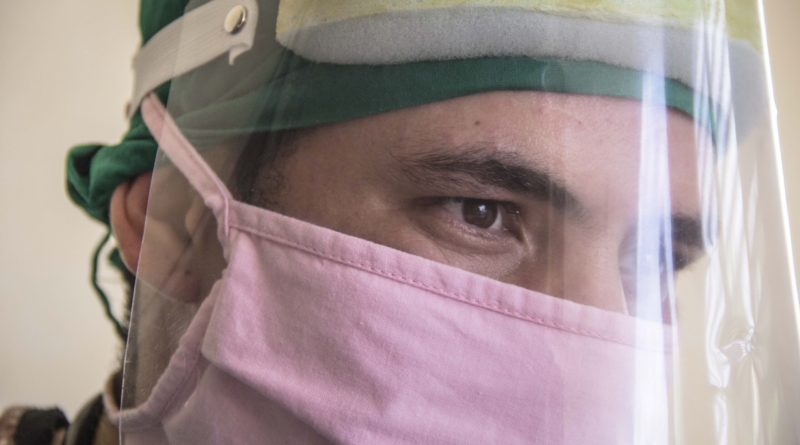 I am writing these lines from one of the isolation centers for those who have been in contact with Covid-19 cases that do not present symptoms of the disease. The rapid test is negative, but I still have to stay in quarantine for 14 days until I pass the test that detects and quantifies the virus.

The house’s balcony overlooks the sea on Havana’s west coast, with its blue depths and the cool morning breeze that blows even on the hottest summer days over the hills surrounding the city. The place is spacious and clean. There are 10 of us housed here, including two children, cared for by a tiny group of workers who live in quarantine with us and juggle to make the floors shine, change clothes and masks regularly, and make the daily rice and beans look different. There are no luxuries, but the essentials are there, and that includes a doctor and an intensive care nurse who live on the second floor of the house who keeps an eye on our temperature and blood pressure several times a day. At the slightest sign of alarm, the suspect is transferred to a hospital, something which, fortunately, has not happened in our house overlooking the sea.

In Havana alone, there are 26 such isolation centers for those who have had direct contact with infected people or have returned to the country on humanitarian flights, which have been maintained despite the closure of the borders.

Although the World Health Organization (WHO) has indicated that Latin America is the new center of the pandemic, the cases on the island are in free fall and no deaths have been reported in the last 12 days. Cubans are now 24 times less likely to contract the virus than Dominicans, 27 times less than Mexicans and more than 70 times less than Brazilians, reported the British newspaper The Guardian this week.

For Rubén González Duany, the doctor who is treating us and whose eyes I have only seen since I have been in quarantine, the result is not the work of a miracle. It is due to the early detection of carriers, hospitalization and the application of experimental treatments, most of which have been developed by the nation’s own biotechnology sector. The combination of the scientific method, decades of investment in a strong public health system and the age-old remedy of social quarantine has worked. Without immediate vaccination, the goal is to regulate the rate of change in cases as best as possible.

We could be nearing the end of the pandemic and entering the recovery phase of Covid-19, President Miguel Diaz-Canel said last weekend, shortly after Mike Pompeo’s remarks. The US Secretary of State, true to his style of generating international distraction every time Donald Trump is involved in a mega-scandal, announced new sanctions against Cuban companies, including Fincimex. The cards issued by this financial house that are used to make remittances to Cuba and other services, such as payment to the online platform Airbnb, which many of those who rent their homes on the island use as a form of collection.

Yesterday, Florida Senator Richard Scott urged a thorough review of not one, but all U.S. companies that have any kind of relationship with Cuba to immediately revoke their operating licenses.

“Squeeze them, until their eyes pop out. Now we are really going to put an end to communism,” said Pompeo, a Miami immigrant on Facebook, followed by dozens of neighbors in that city, who may have half of their family in Cuba and the other half in Florida, where more people die every two hours from Covid-19 than in the entire island during three months of the pandemic.

How do unbalanced people like Trump and Pompeo come to power? With the vote of the nuts that the system multiplies with the repetition of lies, hatred and weeds. This is what the Republican Party’s electoral expectations in Florida are based on: that a group of Cubans from the peninsula will justify the suffering of their parents, brothers, sisters, grandparents, children and cousins who live 90 miles away, and that the false perception is generated that this is the will of all migrants. The White House needs the sociopaths to reproduce, the irrational to increase, fear to be replaced by hate, to extract from that some crazy concept of freedom.

I am writing, as I said at the beginning, in a place in Havana that lies between the shoreline and Dr. Rubén wearing his robe, his cap and his green mask. You can only see his eyes, which at this very moment are looking normal, serene, like anyone who feels there is nothing to worry about. “We are about to sing victory”, he says.