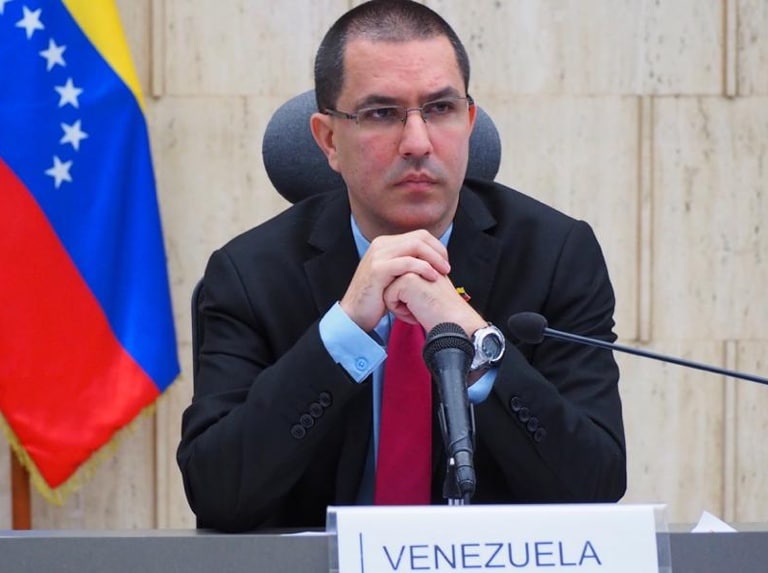 Venezuelan Foreign Affairs Minister Jorge Arreaza responded to Luis Almagro, secretary general of the Organization of American States (OAS), after the OAS Twitter account posted that “The OAS Panel of Experts urges the ICC to act on Venezuela.”

In response, Arreaza published a message in his Twitter account, stating that “The OAS, under the leadership of its current Hitman General, has plenty of experts in coups d’état, invasions, interference, promotion of the conflict, submission to Washington and multilateral corruption.” Arreaza emphasized that this “panel of experts” is made up of “an excellent combination of all these expertises.”

Since April 29, 2019 Venezuela is no longer a member of the OAS, after the official withdrawal was started in 2017, and after several years of confrontation with its current Secretary General Almagro. The latter has promoted several schemes seeking to apply the OAS’ “democratic charter” or even a public request for “a humanitarian intervention,” meaning US military invasion, in Venezuela.