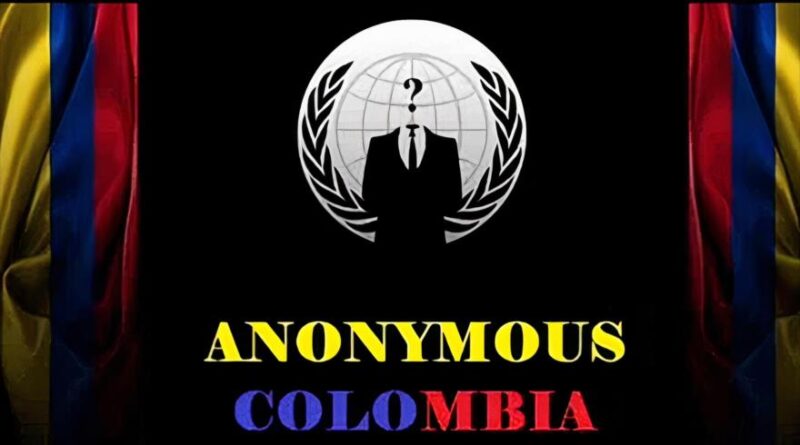 The Anonymous group has been active during the human rights crisis in Colombia, sending a strong message to Iván Duque and taking down webpages of the Army, Senate, and Presidency.

On Tuesday, the international anarchist organization Anonymous reported through social media networks that it had returned “to Colombia due to the injustices generated” in the context of police and military repression against protests that have left 19 dead, 89 disappeared, and hundreds injured in the past week, according to the National Ombudsperson’s Office. However, Anonymous often remains silent regarding the near-weekly massacres that have occurred in the South American country since the signing of the “peace” agreements in 2016, and even more frequently since Iván Duque took office in late 2018. The United Nations reported 66 massacres in the year 2020 alone.

In a first action, Anonymous called the Government of the President of Colombia, Iván Duque, a fascist and narco-paramilitary, and accused him of perpetrating “the largest massacre recorded in the world during 2021.”

Pitched battle in Colombia: Duque resorts to tanks
“The pig government of Iván Duque and his paraco (paramilitary) boss Álvaro Uribe is responsible for leading a massacre after a tax and health reform, with which they seek to increase the hunger and poverty of the people in the midst of the difficult situation of the COVID-19 pandemic,” wrote the hacktivist group.

Later, Anonymous confirmed that it had hacked the official pages of the Army, the Senate, and the Presidency of Colombia, as a form of support for civilians facing brutal repression.

Colombian police shoot UN agents in anti-Duque protests
According to local media, the group revealed the email addresses and passwords of at least 168 members of the Armed Forces. In addition, Anonymous wrote in a tweet that the Army was generating “panic” with its statements that guerrillas had been killing demonstrators, when in reality it was the very same military that was “massacring its own people.”

Hours later, Anonymous infiltrated the Senate website and put it out of service for a couple of hours. Towards the end the day, through Twitter, Anonymous assumed responsibility for the hack of the Presidency’s website.

RELATED CONTENT: Colombia’s Piedad Córdoba Confronts Duque & his Vice President: What Would This Pair be Saying if the Massacre was in Venezuela? + Facebook Censorship

Through that social network, Anonymous also said: “We will sabotage any trend that is not relevant or that tries to divert attention from the systematic violation of human rights that is taking place today in Colombia.”

Why are Colombians protesting?
The protests began on April 28 with a national strike called by various social movements and trade union organizations, in rejection of a tax reform proposal that would particularly affect working-class Colombians, due to the expansion of the tax base and the collection of a Value Added Tax (VAT) of 19%.

Despite the fact that the Colombian president withdrew the tax reform bill, which led to the resignation of Finance Minister Alberto Carrasquilla, the demonstrations have continued, based on a list of demands by the national strike agenda including improvements to the inefficient health system, addressing the murder of social leaders, and providing more economic support for vulnerable sectors of the population during the pandemic. To this is now added the demand that Duque’s administration determine responsibility for the deaths and injuries in the mobilizations, and account for the disappeared.