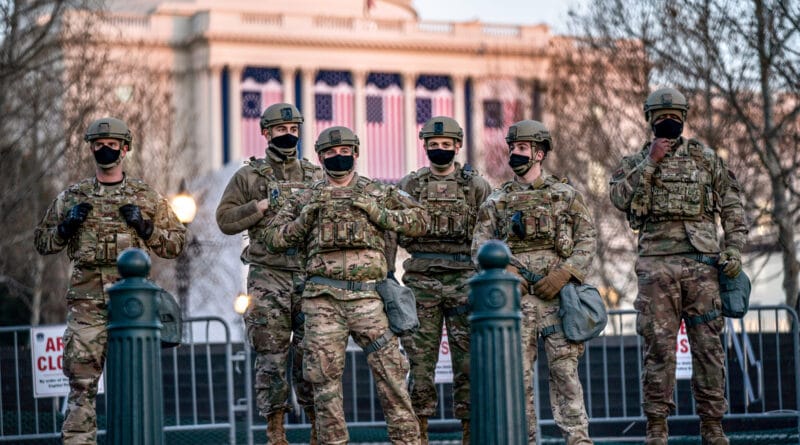 In his work Lies Concerning the History of the Soviet Union, Mario Sousa wrote:

The conquest of the Ukraine and other areas of the Soviet Union would necessitate war against the Soviet Union, and this war had to be prepared well in advance. To this end the Nazi propaganda ministry, headed by Goebbels, began a campaign around a supposed genocide committed by the Bolsheviks in the Ukraine, a dreadful period of catastrophic famine deliberately provoked by Stalin in order to force the peasantry to accept socialist policy. The purpose of the Nazi campaign was to prepare world public opinion for the ‘liberation’ of the Ukraine by German troops. Despite huge efforts and in spite of the fact that some of the German propaganda texts were published in the English press, the Nazi campaign around the supposed ‘genocide’ in the Ukraine was not very successful at the world level. It was clear that Hitler and Goebbels needed help in spreading their libellous rumours about the Soviet Union. That help they found in the USA.

In 1934, the far-right, ultra-wealthy pioneer in yellow journalism William Randolph Hearst personally befriended Hitler in a trip to Germany, after which he began using his media empire to promote propaganda narratives based on material given to him directly by the Gestapo. It was through this Nazi propaganda pipeline that Americans were fed a constant strea, of fabricated stories about the Soviet Union, charging Stalin with a deliberate effort to starve Ukraine even though poor agricultural management from the Kulaks was the manmade factor to blame for Ukraine’s famine. This fictitious Soviet-perpetrated genocide, labeled the “Holodomor” in a cynical attempt to equate it with the genocide the Nazis carried out, has since served as a default propaganda bludgeon by anti-communist ideologues of all types.

In addition to the “Holodomor” hoax’s long-term purpose of creating justification for the vilification of Marxism, it provided the Nazis with a narrative to self-justify their invasion of the USSR — and by extension for their annexations of territories, suppressions of organized labor, and genocidal extermination campaigns. The lie was manufactured to aid fascism — which is a desperate capitalism — in its drive towards conquering and exterminating all who stood in the way of its campaign for conquest and nationalistic power consolidation. It was a reaction to the internal economic crises that German imperialism had created for itself in the first world war’s aftermath, and to the threatening of global bourgeois rule which the Bolshevik revolution had created.

As we see today’s Hearsts disseminate modern anti-communist hoaxes like the “Uyghur genocide,” all of the same forces of reaction are at play. The monstrous picture that the imperialist media paints of the situation in Xinjiang, which mirrors Hearst’s picture of the Soviet Union’s supposed atrocities, projects the crimes of colonialism onto the world’s largest socialist power. And like was the case for the anti-Soviet propaganda that the Nazis put forth, these narratives serve to justify a suppression of class struggle, a push towards world war, and an effort to fortify an empire which is turning to genocide in its time of crisis.

In 2021, this empire is United States, which is desperate to compensate for its growing internal economic anemia and the recent decline of its global hegemony. Like how the German empire sought nationalistic militarization in the face of the blowback from its belligerence in World War I, the U.S. empire is doubling down on a warlike stance amid the blowback from its reckless invasions of Afghanistan and Iraq. And like was the case during the emergence of the Third Reich, the rise of fascism within the empire is galvanized by inflammatory charges of communists committing horrendous crimes.

This modern version of the Holodomor hoax is even being spearheaded by another far-right source in Germany: Adrian Zenz, a Christian fundamentalist who believes that Jews will be “wiped out” upon Judgement Day and put into a “fiery furnace.” Zenz has also written that “Many Germans liked Hitler’s control mechanisms. They reduced crime and rid society of unpopular minorities.” This is the figure who’s being platformed to the fullest extent possible by the imperialist media, his “research” on Xinjiang promoted totally uncritically despite being filled with dishonest speculation, absurdly inadequate studies, and wild statistical leaps. He’s no more trustworthy than Goebbels was. But he’s nonetheless going to continue being presented as an indisputably reliable authority, because this is what’s demanded from the desperate capitalist regime we live under.

The crisis that the U.S. empire is reacting to is one which has afflicted the bourgeoisie ever since capitalism reached its highest stage — imperialism — and therefore became vulnerable to collapsing under its own colossal weight. As Lenin wrote, “The epoch of capitalist imperialism is one of ripe and rotten-ripe capitalism, which is about to collapse, and which is mature enough to make way for socialism.” Capitalism’s profit-driven nature creates a crisis of overproduction, one which the bourgeoisie have only been able to stop from producing systemic collapse by constantly expanding capital’s reach into new markets. This has required the perpetuation of imperialism, which comes with its own set of contradictions; mainly the mutually weakening competition between rival imperialist powers, the strengthening of bourgeois power in a way that alienates the proletariat from the ruling institutions and encourages revolution, and exploitation and subjugation of oppressed nations which provoke global anti-imperialist revolts.

These three great contradictions of imperialism — which all increasingly afflict today’s imperialists — were identified by Stalin, to which the reactionaries could only respond with attempts to discredit Stalin through slanders. The agents of capitalist reaction can’t confront the innate self-destructiveness of the system they defend. All they can do is demonize those who offer the solution of proletarian revolution, which they so often go about with by projecting the sins of colonialism, capitalism, and empire. Their only option is to distort the truth with the hope that this will help them kill off as many of their enemies as possible.

When the Nazis and their U.S. imperialist partners did this, it resulted in the murder of tens of millions by the Nazi regime and its collaborators. The Nazis killed so many Russians that Russia is still reeling from the consequential underpopulation crisis, and they killed so many Jews that the global Jewish population still hasn’t rebounded. What will the fallout be from the extermination campaign that the U.S. imperialists commit in reaction to the decline of their power?

Already, the casualties from America’s bout with fascism are piling up before our eyes, with anti-Asian violence being sparked by the media’s relentless Sinophobic hatemongering, recent spikes of migrant detentions expanding an ever-growing network of horrifically inhumane ICE camps, and the flow of military equipment to U.S. police departments now accelerating amid our police state’s disproportionate killings of blacks. Something unspeakable is forming within the core of the empire, and the empire is building up towards a war with its rivals that could kill hundreds of millions. And that’s to say nothing of the climatic crisis that’s being knowingly exacerbated by the unparalleled pollution of U.S. imperialism, and that could kill billions.

This is the cruel power of the lies that the fascists create: it allows the fascists to wreak incomprehensible damage to humanity and nature, to try to leave the world in flames as punishment for not allowing their system to be sustained.