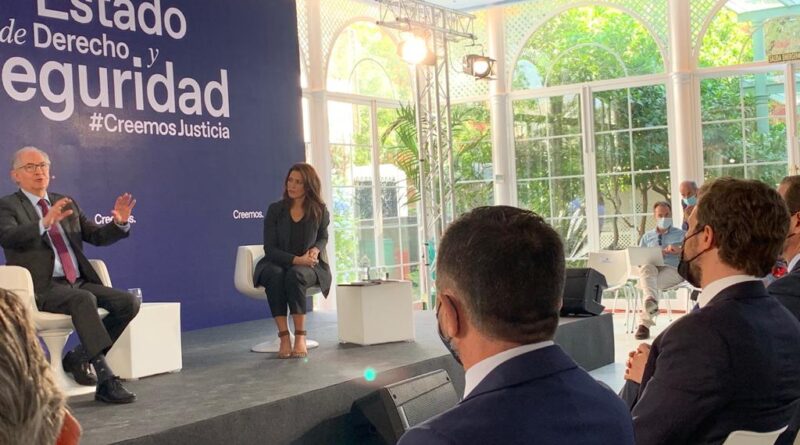 After learning that the European Union will send an Electoral Observation Mission (EOM) to the regional and municipal elections scheduled for November 21, the far-right Venezuelan politician Antonio Ledezma laced into the EU’s diplomatic chief, Josep Borrell, whom he rebuked for planning to “validate a fraud.”

“What are scheduled for November 21 are fraudulent elections,” said Ledezma. “What is this EU mission about? To see if ‘El Diablo‘ (the Devil) is going to participate in a first communion? Because in Venezuela we are victims of a diabolical regime.” Ledezma made the comments at a meeting of the People’s Party of Spain (PP), who then shared his comments on Twitter.

Taking a contradictory position similar to the stance of his partner Leopoldo López, Ledezma seems to already foresee a positive, and transparent, evaluation of the 21N regional elections. In this sense he opposes the EOM before it has even announced the results of its mission—before it has even arrived in Venezuela, in fact. For politicians who have denounced fraud in Venezuela’s electoral process for years, without presenting any clear evidence, one would think that an Electoral Observation Mission would provide the opportunity to finally confirm Ledezma and López’s allegations. However, this does not seem to be the approach of the opposition politicians.

Ledezma, leader of the Fearless People’s Alliance, escaped from house arrest in 2017 and fled Venezuela for Colombia. He had been serving a sentence for his role organizing and promoting the seditious action known as La Salida in 2014. Ledezma assured that the presence of EU observers in the November elections would serve to confirm “an electoral process organized by a regime whose leader has been denounced for crimes against humanity.”

Ledezma demanded that the president of the PP, Pablo Casado, as well as other parliamentarians of that political organization, somehow exert pressure to prevent the observation mission’s visit to Caracas.

“If an EU delegation goes to Venezuela, it confirms the solidarity of Europe, of the democratic parties of Europe,” he said in this regard.

Since his flight to Spain, the country where he has resided since 2018, Antonio Ledezma has actively promoted plans to depose President Nicolás Maduro and has supported the imposition of unilateral coercive measures against Venezuela, and even armed interventions by the EU and the United States government.

Featured image: Right-wing politician and fugitive from Venezuelan justice, Antonio Ledezma, at a political event organized by the People’s Party in Spain. Photo courtesy of Twitter.