This April 30, the Altamira bridge in Caracas was taken over by the military again; but this time it was not to overthrow the government, but to remember where Juan Guaidó’s coup attempt had begun and had ended in defeat.

That coup attempt of two years ago tried to make the world believe that a rebel faction of the military had taken over La Carlota Air Base and that the FANB had risen up against President Maduro, but it did not take long for the world to see that it was all a fictional operation, a theatrical act, aided by manipulated camera framing.

To remember such an event, one that the opposition especially wants to forget, Diosdado Cabello visited the area and presided over a celebratory political act that commemorated a popular victory over the reactionary forces that gave the world the image of an absurd ammunition of a bunch of bananas among its stranded war supplies. 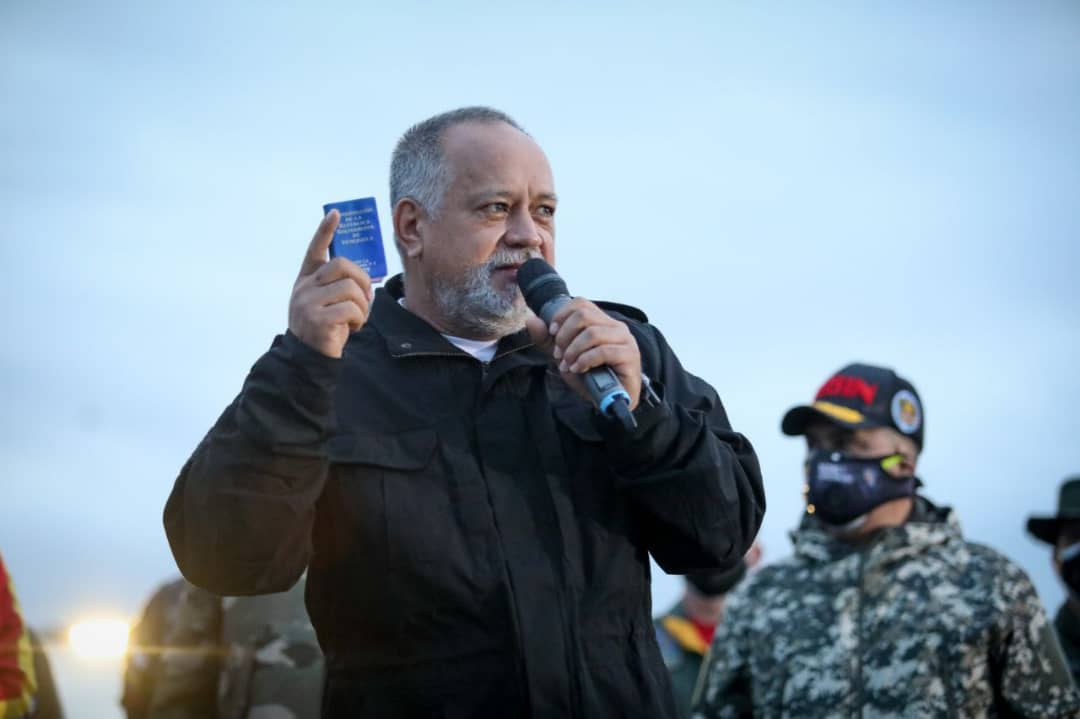 From house arrest to asylum in embassy
The coup operation was intended to “free” Venezuela, but the only thing that it managed to do was to get Leopoldo López out of house arrest and to seek refuge in the Spanish embassy.

Cabello recalled that just a few military personnel who had betrayed the nation and almost all the leaders of the radical opposition were concentrated in the Altamira bridge.

“They came here, they acted as if this was their office; the office from where they were going to dispatch,” said the Bolivarian leader. “They came here and took a photo and we already know how that turned out, in the end [the opposition denied its participation]: ‘It wasn’t me!'”

He also recalled that the fascistic act was so frank and crude that it could very well have been neutralized with the legitimate use of force, but that was not done.

“It would have been very easy to give an order, fly some planes and shoot those who were here on this bridge, all armed… we had the legitimate right to defend our homeland,” Cabello mentioned in his speech on the Altamira bridge. 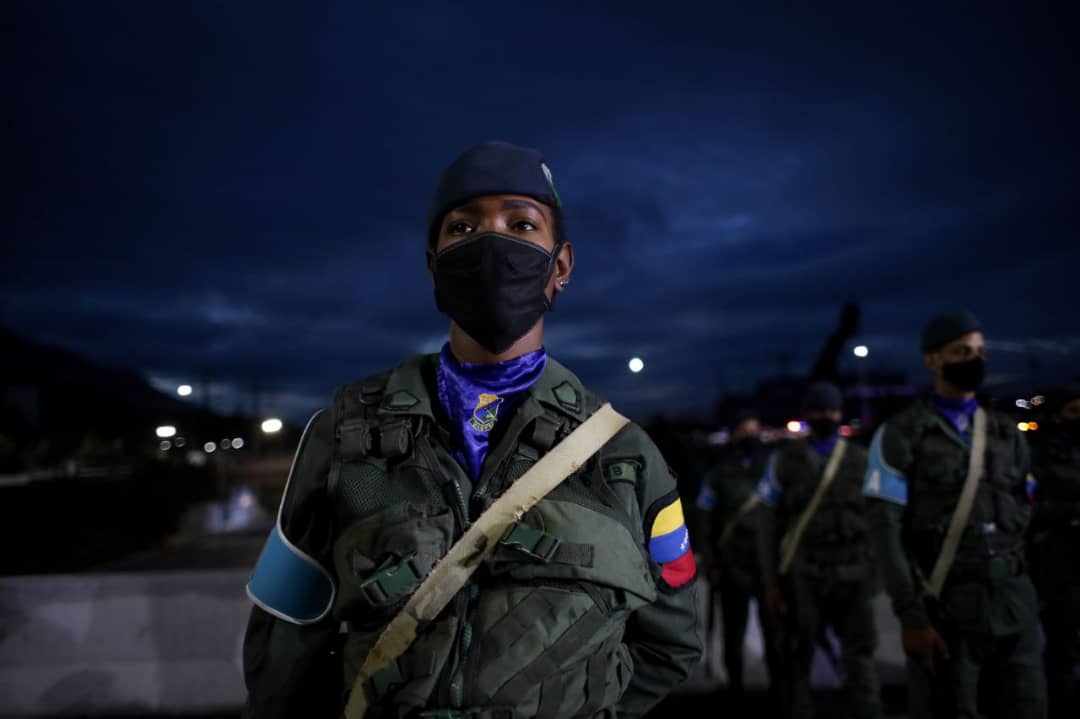 Do not fall for the provocation
What seemed like a missed opportunity at that time,  Cabello now called it a “life lesson” for those who take part in deadly confrontations.

At the same time, Cabello stressed that the government did not resort to the option of force because the death and devastation of the rebels would only have served to fuel the media propaganda against Venezuela that the human rights of some soldiers who had taken up arms against the government had been violated.

After recalling this and other failed episodes of the radical [right-wing] opposition, the Chavista leader stated that today the conspirators are “more disunited than ever but with the same purpose of destroying our homeland.” 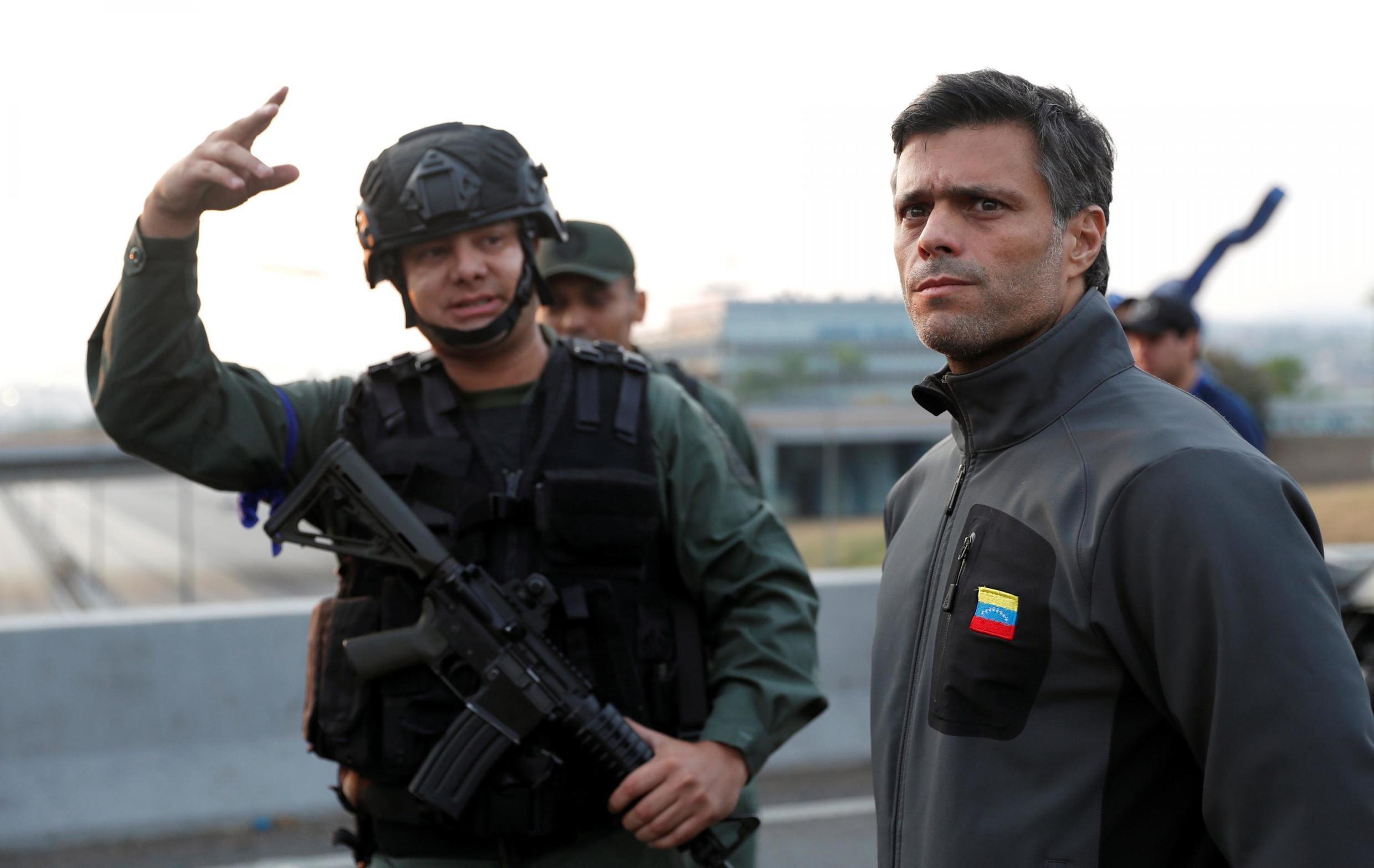 Featured Image: At the Altamira bridge, Diosdado Cabello, together with a military and civilian committee, commemorates the revolutionary triumph over the failed coup attempt of April 30, 2019. Photo: Con El Mazo Dando.