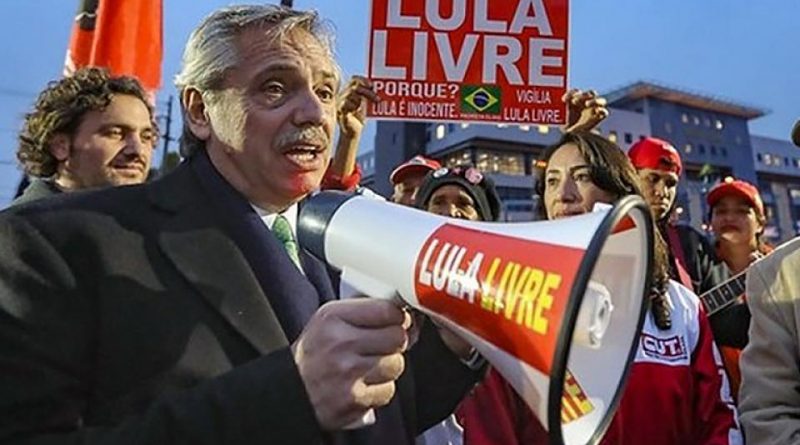 According to the Argentinian right wing outlet, Clarin, the elected president of Argentina is planning to invite Luis Ignacio Lula Da Silva to his inauguration on December 10th in Buenos Aires.

After hearing the news of the release of the former Brazilian president, Fernández phoned Celso Amorim, former Foreign Minister of the Workers’ Party leader, who arrived in Argentina on Friday to participate in the Puebla Group meeting, which brings together former leftist Latin American presidents and leaders.

The Argentinian outlet added that in his dialogue with Amorim, Fernández conveyed his “joy to see LULA LIBRE” and agreed to meet on Saturday morning at the meeting of the Puebla Group, where the Argentine plans to give a speech.

This same Friday, when the court order to release Lula had not yet been issued, Amorim had mentioned the possibility of traveling to Argentina.

Lula used the same social network to thank Alberto for the message and tell him that he can count on him “to lead Argentina in the direction of solving the problems of the poor people.”