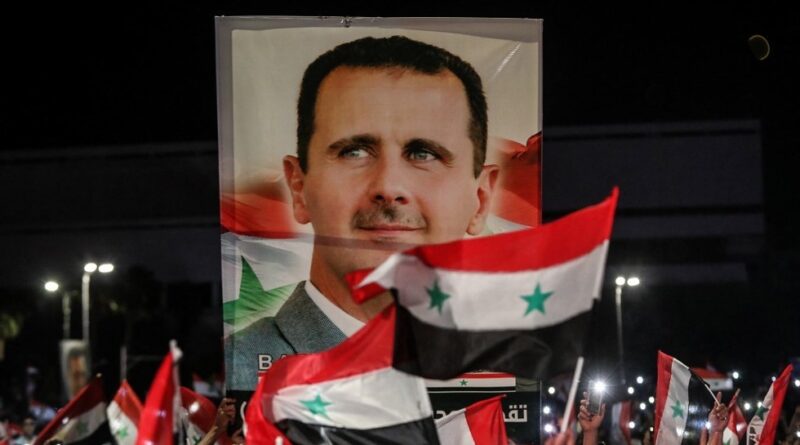 President Assad’s win was largely anticipated as his competitors in the race are a low-profile opposition figure and a former cabinet minister.

Damascus, May 27 (Xinhua) – Syrian President Bashar al-Assad has won his fourth seven-year term in the 2021 presidential race, the Syrian Parliament announced on Thursday, May 27.

The Speaker of the parliament, Hamoudeh Sabbagh, reported that Assad won 95.1% of the vote, which was a significant increase from the 88.7% that he received in the 2014 election. Assad’s win was largely anticipated, as his competitors in the presidential race were a low-profile opposition figure and a former cabinet minister. Mahmoud Ahmad Marei, who previously served as secretary-general of the opposition coalition National Front for the Liberation of Syria, received 3.1% of the votes polled, while Abdullah Salloum Abdullah of the Socialist Unionist Party came in third, with 1.5% of the votes cast.

Sabbagh also reported that about 14 million of the estimated 18 million eligible voters inside and outside Syria cast their votes, with a turnout rate of 78.64%.

After the declaration of results, huge crowds of Assad supporters filled the Umayyad Square, the main square of the Syrian capital Damascus, to celebrate Assad’s victory, waving Syrian flags and posters of Assad, while the national anthem was played in loudspeakers. Banners supporting Assad adorned the square and the main streets of the capital.

Similar celebrations were held in cities across the country.

”Thank you to all Syrians for their high sense of nationalism and their notable participation,” Assad said in a televised speech after the results were announced. “For the future of Syria’s children and its youth, let us start from tomorrow our campaign of work to build hope and build Syria.”

The election was held inside Syria on Wednesday, May 26, with polling stations in many cities kept open until midnight due to the large voter turnout. Refugees and expatriates in foreign countries voted about a week earlier, on May 20.

Although the US and its EU allies like UK, France, Germany and Italy had denounced the election as ”illegitimate” even before it was held, international electoral observers from Russia, China, Iran, India, Cuba, Nicaragua, Venezuela, Bolivia, Ecuador, Brazil, South Africa, and Armenia, as well as journalists from many countries were present in Syria on the day of the election.

The Syrian government had been encouraging its citizens to cast their votes for ”the future of Syria.”

This year the election was held overcoming serious challenges left by the continuing US-led aggression on Syria that started in 2011, and crippling economic sanctions imposed by the same Western powers. Polling stations could not be opened in parts of the western state of Idlib, occupied by Turkey, and in north-eastern Syria which is under the occupation of US-backed Kurdish forces. ”Nevertheless, these elections still send a strong message to the West since they show that Syria has succeeded in its decade-long struggle against the hybrid war of terror that’s been waged against it,” commented Moscow-based political analyst and Middle-East expert Andrew Korybko.