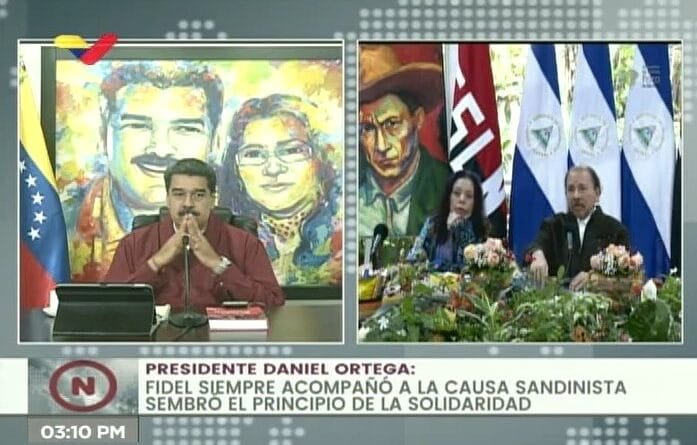 On Tuesday the Venezuelan President, Nicolás Maduro proposed the construction of a new left, to raise the historical and revolutionary flags that were generated on the continent in the last decade. “We must go towards a new, renewed left, gather all the movements, and present in each country an option, a project in the short, medium and long term, rescuing the historical flags,” said the Venezuelan head of state, during a videoconference of the Sao Paulo Forum, which this Tuesday commemorates 30 years of foundation.

From Caracas, the President highlighted the social nature of the forum, to guide the left towards renewal in its speeches and leadership that transcends and goes to the communities, neighborhoods and meets social and intellectual movements.

RELATED CONTENT: A Song for the Repatriation of Simón Trinidad this Wednesday

He emphasized that the countries that make up the Sao Paulo Forum represent renewal, the new and the future. “Let us know how to break sectarianism, dogmatism and bureaucracy in all its forms. The battles we are waging are there,” he reiterated.

The Sao Paulo Forum was created at the initiative of the leader of the Cuban revolution Fidel Castro and Luiz Inácio Lula da Silva, and the Brazilian Workers’ Party.

Facing a world contrary to the left, the Encounter of political movements and parties in Latin America and the Caribbean was held in Sao Paulo between July 2 and 4, 1990, which was renamed a year later as the Sao Paulo Forum.