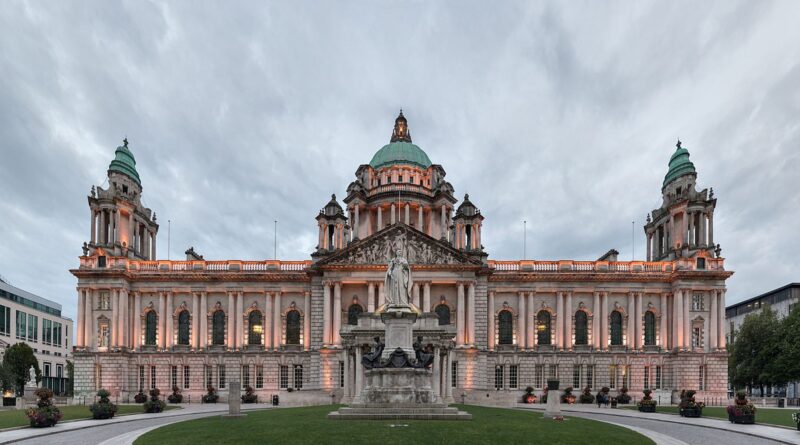 In a historic move, Belfast City Councillors have voted to call on the Irish and British governments to expel the Israeli Ambassadors.

The motion was passed by 31 votes to 28 votes on 01/06/2021, showing a seismic shift from previous votes and debates on the Israel Palestine conflict.

Previous debates and deflections have implied the conflict is complicated and complex.

That there are two sides to the conflict and both have been wrong. Perhaps the people of Belfast should not get politically involved in matters that are occurring halfway around the world or indeed that ‘God gave the Land to the Jews’ as in the biblical testaments.

RELATED CONTENT: Cliftonville FC now is the Time to Give Puma the Boot!

We can now clearly see that the sands of history have shifted. That the councillors representing the people of Belfast are indeed reflecting the desire and wishes of the majority of the residents in Belfast to have the Israeli Ambassadors to Britain and Ireland expelled.

There are not two sides to this story. It is simply a matter of right and wrong.

Israel in its apartheid policies and land grabs in Palestine is wrong and the Palestinians who have the legal right to resist an illegal military occupation by any means necessary are right.

I stand by all 31 Belfast City Councilors who voted to remove the Israeli Ambassadors.

RELATED CONTENT: So What Happens After the Violence Ends? Who Won & Who Lost, Israel vs. Palestinians?

I stand by all the people of Palestine who live inside and outside of historic Palestine, East Jerusalem, the Occupied Palestinian Territories, Gaza, Lebanon and where ever the displaced, the refugees and the diaspora live.

I stand by the resistance movement that challenges the illegal occupation by any means necessary.

Thank you Belfast Proud to be from here.

Below is the motion brought before council .