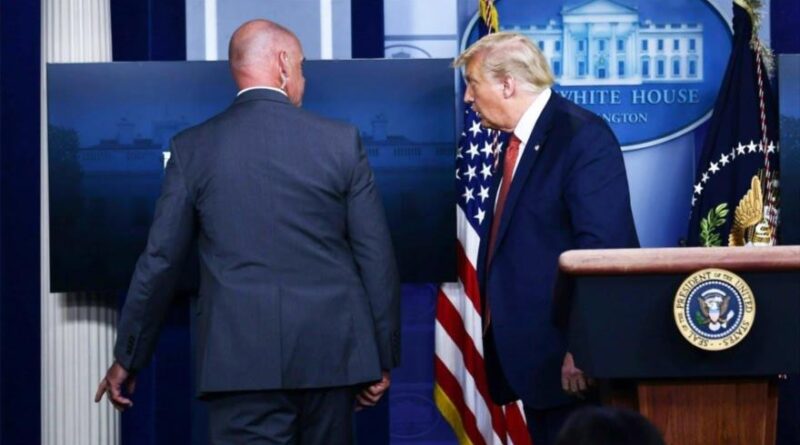 Joe Biden’s campaign warned that Donald Trump could be escorted out of the White House, amid reports that he has no plans to relinquish the presidency.

“The US government is perfectly capable of escorting intruders out of the White House,” said Andrew Bates, campaign spokesman for Democratic presidential candidate Joe Biden.

In a statement issued this Friday, Bates has reacted, this way, to reports that the Republican tycoon intends not to give up power if he loses the presidential elections held on November 3 in the North American country.

To be precise, the US television network CNN has revealed that Trump would have communicated to his inner circle that he has no intention of conceding Biden the victory of the elections. While the former US vice president is knocking on the door of the White House with 264 delegates in hand out of the 270 necessary to win the presidency.

“As we said on July 19, it will be the American people who decide these elections,” recalled Biden’s adviser, while effectively a victory in any of the disputed states (Pennsylvania, Wisconsin, Nevada and Georgia) would push the Democratic candidate to reach the 270 electoral college votes needed to become the president-elect.

Trump has already accused, without presenting evidence, the Democrats of committing “fraud.” Additionally, the president criticizes the voting-by-mail system, which he has described as “corrupt,” adding that the litigation over the elections could end in the United States Supreme Court, while many analyst affirm that wont be neccesary.

Even the president’s own relatives warn of his reactions to the possible defeat in the elections. Mary Trump, niece of the New York tycoon, warns of the “dangerous months” that the country would face.