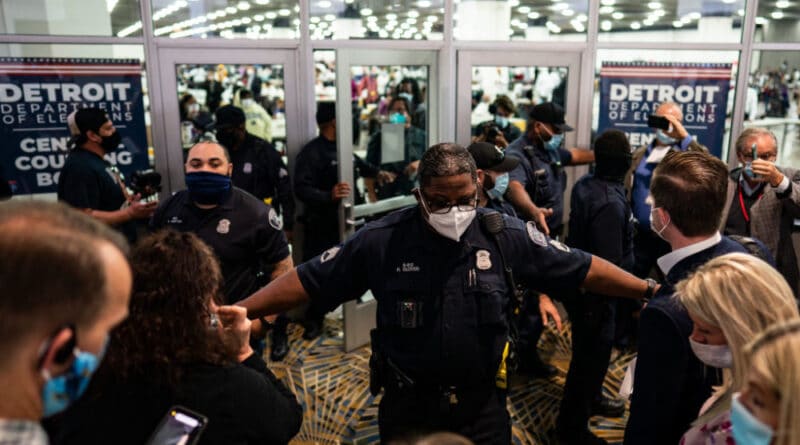 On Friday afternoon, Venezuelan President Nicolas Maduro said he was concerned about the development of the presidential elections in the United States, which despite being an event that has accumulated high participation rates, has been overshadowed by Trump’s allegations of fraud and both candidates claiming victory while awaiting the final result of the elections with a counting process plagued with problems and external interference.

“We are very concerned about the United States (…). If anyone knows what is going to happen in the US, please tell me. In the streets the public heats up, some say one thing and others say something else. The trends show one day that one is winning and the next they show that the other is winning,” said the head of state during a working meeting with businessmen from the People’s Republic of China, regarding new investments under the Anti-Blockade Law, while reviewing the attacks from the North American nation against the sovereignty of Venezuela.

He also compared the US electoral processes with the Venezuelan one where the results are known a few hours after the voting centers are closed.

Finally, the president assured that “whoever wins, we want to have the best relations with the United States,” and that although they could interpret this criterion as weakness on his part, in reality, it is the criterion that should prevail on behalf of the country : “This world of the 21st century is one of cooperation, development, peace, because there is another way of thinking other than hegemonism, that is why we must stand up with development, investment and the production of wealth,” he added in front of 100 businessmen from China.