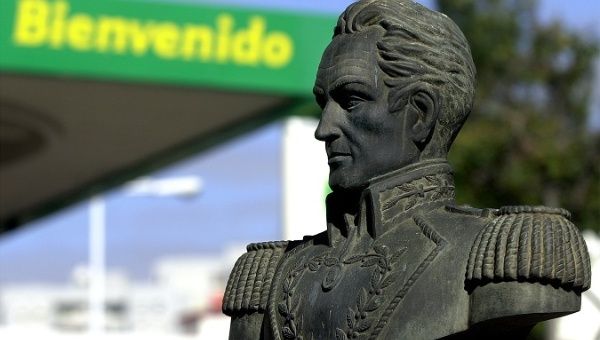 Bideau was one of many fighters from British and French West Indian colonies who joined Bolivar and his followers.

A largely unknown aspect of Venezuela’s Caribbean connection is well worth revisiting today.

April 7, 2019 marked the 202 anniversary of death of Jean Baptiste Bideau, a Saint Lucian mariner who befriended Simon Bolivar, fought for Venezuela’s independence and served as governor of eastern Venezuela before dying in battle defending Venezuela against the Spanish invaders in 1817.

Bideau was a shipwright who sailed the Gulf of Paria between Trinidad & Tobago and Venezuela and plied the wider Caribbean Sea, shipping passengers and goods from island to island.

The Saint Lucian islander was one of many fighters from neighboring British and French West Indian colonies who joined Bolivar and his followers in the fight for Venezuela’s liberation. He also captained one of Bolivar’s main vessels – and once saved the “Liberator’s” life.

Bideau’s remains were buried where he and others died in battle, in the ruins of Casa Fuerte in Barcelona, but his bones were unearthed on April 7, 2017 (the bicentenary of his death), and placed alongside other Venezuela national heroes.

Unfortunately, 202 years after he died fighting for Venezuela’s freedom, very little is known about Bideau outside Venezuela – and especially in his native Saint Lucia.

There have been efforts in Saint Lucia towards encouraging a better understanding of the Bolivar-Bideau connection through institutional approaches. Small delegations annually visit the ruins of his home and quietly meet his descendants.

In Saint Lucia, there’s a statue of Bolivar and Bideau next to each other at Place Bideau (Bideau Park) in the capital, Castries, which has been officially visited by both President Nicolas Maduro and Vice President Delcy Rodriguez.

Saint Lucian students are still warming-up to Bideau’s history, which is also very relevant to the rest of the Eastern Caribbean, as his naval exploits also took him to almost every Caribbean island and most South American states, often with or on behalf of Bolivar, in the fight to liberate neighboring states from the clutches of the northern Empire.

The Venezuela-Caribbean connection forged by Bideau over two centuries ago is even more important to better understand today, when Venezuela is counting on CARICOM for support against the same sort of external aggression he joined Bolivar to fight.

Bolivar and Bideau fought and died defending Venezuela’s independence against the Spanish invaders – and today Venezuela is again being threatened with external aggression, this time by a US administration that insists on ‘keeping all options on the table, including military…’

President Maduro on April 7 called on CARICOM states to work alongside Mexico, Uruguay and others to urgently activate the Montevideo Mechanism, which engages Venezuela’s feuding stakeholders in dialogue towards a peaceful solution, instead of through violence and confrontation.

The Venezuela president is also counting on CARICOM to continue to maintain the united position the regional grouping adopted in St. Kitts and Nevis in February 2019, against external interference and foreign intervention in Venezuela.

Saint Lucia will host the next annual Heads of Government Summit in Saint Lucia on July 4, 2019 – one day ahead of Venezuela’s Independence Day — and Caracas is counting too on CARICOM continuing thereafter to maintain its united position in defense of Venezuela’s sovereignty and maintaining the region as a Zone of Peace.

All of 202 years after his death, with Venezuela again under siege and continuing efforts to divide its neighbors and weaken regional and international support, Bideau would have asked no less of his country and people – and the wider Caribbean – than support for and defense of those willing to die today to defend the solid legacy of Venezuela-Caribbean solidarity that he and Bolivar represented, built and left, over two centuries ago.