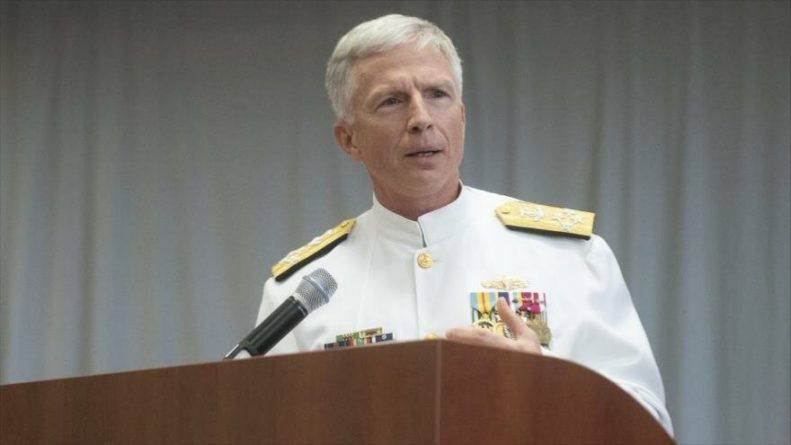 The southern command of the United States threatens to turn Venezuela into another Syria if the president of the Bolivarian country, Nicolás Maduro, remains in power.

“The crisis in Venezuela could approach that level at the end of this year if Maduro is still in power. It would be that serious, “US Southern Command chief Admiral Craig Stephen Faller warned on Thursday before comparing the Venezuelan leader to Syrian President Bashar al-Asad.

In an interview with the US newspaper Foreign Policy, Faller noted that the US Army “is contemplating several options” and will be ready to implement any measure taken by the US president, Donald Trump, on Venezuela. “We are on alert,” he insisted.

On the other hand, the US military high command said that the crisis in Venezuela will not be resolved through diplomatic pressure and economic sanctions imposed by Washington against Caracas, therefore, he advocated a military intervention in the South American country.

“The crisis in Venezuela could approach that level (of crisis in Syria) at the end of this year if (the president of Venezuela, Nicolás) Maduro is still in power. It would be that bad”, warns the head of the US Southern Command, Admiral Craig Stephen Faller.

Venezuela is going through turbulent days due to the self-proclamation of Juan Guaidó, head of the National Assembly (AN) of the Bolivarian Republic – of opposition majority and declared in contempt since 2016 -, as “interim president” of the country, with the support of the US, despite the fact that Maduro, legally elected at the polls, began his second term on January 10.

For its part, Caracas has denounced the US pressure campaign, including Washington’s espionage and interception activities, as an “old trick” to launch a military aggression against Venezuela.

Similarly, in another part of his interview, Faller denounced China for the support provided to the Maduro Government. “China has made a very risky bet and is not collaborating,” he added.

China, which for years has had close relations with Caracas, has been one of Venezuela’s strongest defenders against the United States and its allies that have even threatened the South American country with military measures to get Maduro out of power.