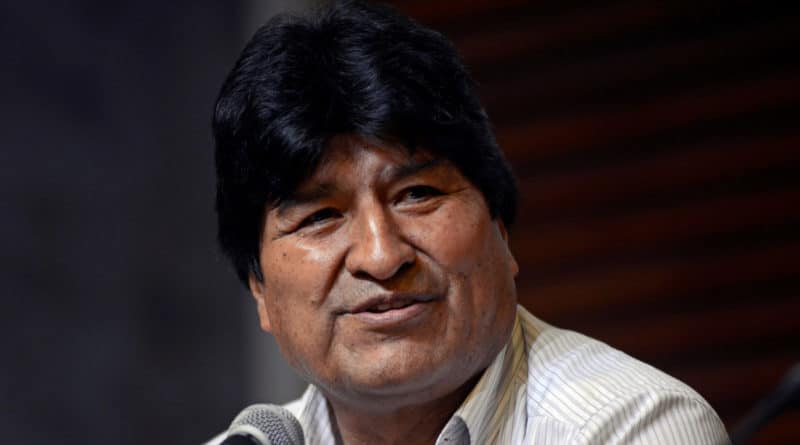 This Monday, July 6, the de facto Attorney General of Bolivia charged the deposed president Evo Morales Ayma for the alleged crimes of “terrorism” and “financing of terrorism”, within the framework of the so-called “audio case”. The Anti-Corruption Prosecutors Commission reported in a press release that the formal complaint resolution against Morales was issued, because “it was evidenced” – according to them – that the deposed president, from his exile in Mexico, coordinated with a leader of the Tropic of Cochabamba, identified as Faustino Yucra, to block a shipment of food to Bolivian cities.

Since the end of November 2019, the Bolivian authorities have broadcast the audio of a conversation between Morales and Yucra, where the deposed president allegedly gave instructions on how they should organize the blockades in the country to protest against the government of the self-proclaimed interim president, Jeanine Áñez.

RELATED CONTENT: Venezuela Has All the Covid-19 Treatments – Including the New Cuban Ones (Jusbinsa and Nasalferon)

“Divide the union into four or five groups. I endured a month of blockading (like this). I give you an example, if my union has 40 members, each group of ten in ten, four groups, that is for a long time,” said a voice attributed to Morales.

According to the de facto Prosecutor’s Office, in different conversations held on November 12, 14 and 17, 2019, Morales instructed the coca grower leader to “commit illegal acts.”

The de facto Bolivian Prosecutor’s Office indicated that, after the “expertise in audiology” was requested from the Technical Investigation Corps (CTI) of the Colombian Public Ministry, it was found that “the samples have a high probability of identifying Mr. Evo’s voice.”

With these preliminary tests, the Bolivian Prosecutor’s Office requested the preventive detention of Morales, who is currently in exile in Argentina. This happens 2 months before the presidential elections scheduled for September 6 where Evo Morales’ MAS has a strong chance of winning.