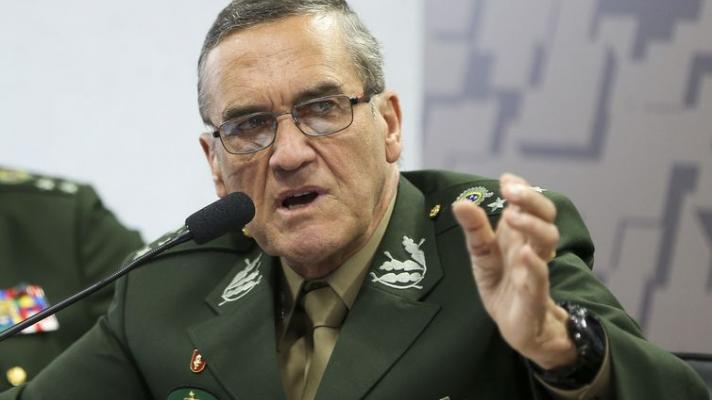 Villas Boas (in the photo) was head of the Army during the coup against Dilma Rousseff in 2016. Photo: Prensa Latina.

Brazilian President Jair Bolsonaro revealed for the first time that the Army was linked to the coup against former President Dilma Rousseff.

During a ceremony for Army Day, the president referred to the participation of the then commander of the Army, Eduardo Villas Bôas, remarking that it “marked” the history of Brazil. Bolsonaro said that during the political crisis of 2016, Villas Bôas, present during the ceremony, had “participation” in the fall of Rousseff and the rise of Michel Temer.

“The attempts to take power, to change our government, to alter our way of life, that is inadmissible at all times in the history of the Armed Forces,” Bolsonaro said, according to Telesur, but did not offer many details about which would have been the role of the Armed Forces in the overthrow of Rousseff.

Telesur indicated that, in 2018, while he was head of the Army, Villas Bôas threatened the Supreme Court from his Twitter account, when the Federal Supreme Court had to evaluate a habeas corpus for the release of former president Luiz Inácio Lula de Silva.

Rousseff was dismissed by the Brazilian Senate for alleged alterations to the 2014 budget, purportedly to hide the deficit and ensure her re-election. Since then, the South American country has experienced a crisis of ungovernability that continues to this day.

Featured image: Villas Boas (in the photo) was head of the Army during the coup against Dilma Rousseff in 2016. Photo: Prensa Latina.