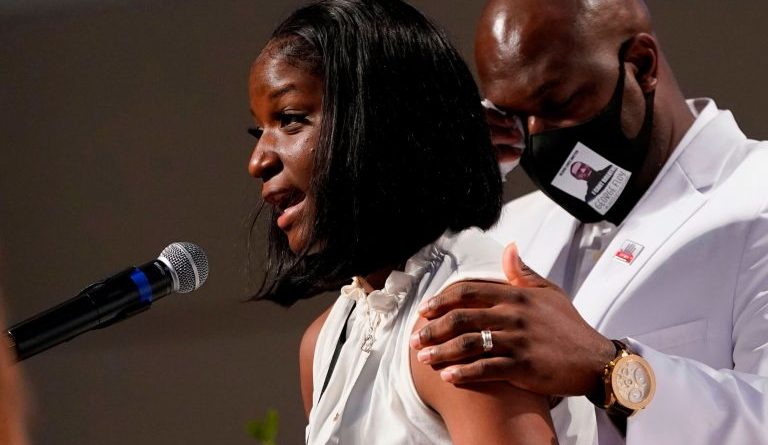 On June 22, the 44th Regular Session of the United Nations Human Rights Council will begin. The following is the report that we would like to hear from High Commissioner Michelle Bachelet, regarding violations of human rights in the United States.

I am extremely concerned about the current crisis with regard to human rights in the United States. What is occurring in that country constitutes an unusual and extraordinary threat for all humanity, becoming, as it has, a disturbing factor of destabilization for regional and world peace.

The Right to Health

The access to the right of health in the US continues to be threatened, now with greater intensity due to the pandemic. The country has 30% of the world’s cases of coronavirus infection, which have already risen to over 2 million, with 113,500 deaths. The health system in the United States has failed, as Dr Anthony Fauci, director of the National Institute of Allergy and Infectious Diseases in the U.S, points out. Forty percent of the population has been excluded from the U.S. health system.

The irresponsible attitude of Present Donald Trump, who minimized the effects of the virus, together with his decision to end the U.S. relationship with the World Health Organization, and thus to ignore the protocols established by that body, puts at risk not only the lives and health of U.S. residents, but also greatly imperils neighboring countries and the entire world.

With profound indignation, the whole world witnessed the cruel murder of George Floyd at the hands of the police authorities of the United States. This man was deprived of that most basic of human rights – the right to breathe in order to continue living – due to the color of his skin.

Crimes of racial hatred in the United States have shocked the world, and white supremacy shows ever greater signs of its presence in this country. The Director of the FBI, Christopher Wray, warned in February that white supremacy is a pervasive and persistent threat to the security of the U.S. He pointed out that, of the single bias hate crime incidents in 2018, 47.1% were motivated by offenders with anti-Black or

The arbitrary denial of liberty in the United States continues to be a cause of grave concern for this Office, in the contexts of immigration status, penal justice, and health related confinement, along with the situation at the US military prison at Guantanamo Bay Naval Base.

The treatment of immigrants by the United States has become increasing more inhuman in violation of international law. According to the information supplied by the Working Group on Arbitrary Detention in October of 2016, at least 325,850 people are detained each year awaiting the results of their immigration proceedings. More than 5,400 children were separated from their parents at the Mexican border since July 2017. Video recordings supplied by the U.S. Customs and Border Protection agency show minor children in cages and with inadequate cover.

The report published by the FBI in 2019 estimated that in 2018 there were 1,206, 806 violent crimes in the country as a whole, including 16,214 murders and 139,380 rapes. In the United States, there are more firearms than people: the proportion of arms in possession of civilians was 120.5 per 100 residents. Every 15 minutes, a person is shot and killed in the U.S. The number of mass shootings reached a record number in 2019, with more than one per day.

Freedom of Opinion and Expression and Association

The current administration of the United States has attacked freedom of expression. Recently, on May 27, in behavior that was clearly authoritarian and undemocratic, Donald Trump threatened to “strongly regulate” or “close down” social media sites after Twitter fact-checked two of his messages. We recall that since November of 2018, journalists have had limited access to the White House.

The violent repression carried out against demonstrators by police agencies in the U.S., as well as the arbitrary arrests that occurred as a result of the protests against racism and the killing of George Floyd – these have been public and evident and constitute proofs of flagrant violation of human rights in this country. Police agencies report that about 500 people were arrested in Minneapolis and 200 more in New York during these 5 days of demonstrations. The declarations of Trump are self-evident proofs of the attitude promoting violation of human rights in this country. The President of the United States labeled the demonstrators “terrorists” and told the state governors, “You have to dominate, you have to arrest people and you have to try people and they have to go to jail for long periods of time.” “You have to dominate. If you don’t dominate you’re wasting your time. They’re going to run all over you and you’ll look like a bunch of jerks.” He urged them, “You don’t have to be too careful.”

Not content with violating human rights in their own country alone, the United States has trampled international rights with the aim of maintaining their world domination. They persist in a policy of strangling countries that do not align themselves with the interests of the U.S., by means of unilateral “sanctions” that constitute crimes against humanity directed at whole populations. Recently UN Secretary General Antonio Guterres requested the suspension of U.S. coercive and unilateral measures against Venezuela, Cuba, Iran, China, Russia, Nicaragua, Syria, and the Democratic People’s Republic of Korea, in the context of the pandemic that is assailing the world. We did the same, from this very Office. Nevertheless, the United States refused to comply with its international obligations.

Excellencies, I urgently request that you consider this report. Unlike some I have delivered previously, particularly those related to human rights in Venezuela, in this case all proofs are attached to substantiate each one of the statements made here; they are based on official government statistics of the United States and we have considered the reports presented by the independent expert Rapporteurs of the United Nations Organization.

With great concern for the peace and stability of the world, we conclude by saying that human rights in the U.S. are in a downward spiral that appears to have no end.

Thank you very much, Mr President.”