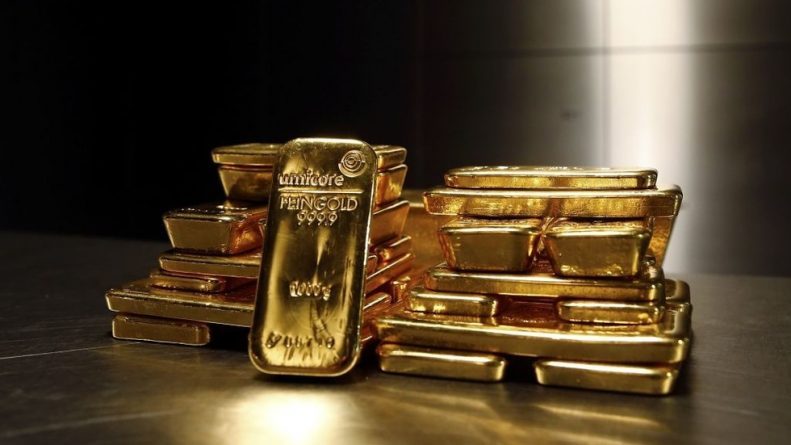 The Central Bank of Russia keeps buying gold, adding some 18.7 tons of the precious metal to the county’s vast stockpile in March alone, according to the latest figures released by the regulator.

Russia purchased 56 tons of gold from January through March, acquiring 37.3 tons of the precious metal in January and February.

The latest step reflects the country’s total commitment to the previously announced plan to diversify its foreign reserves from various geopolitical risks, and to eliminate reliance of the Russian economy on the US dollar. As part of the policy, the central bank has significantly slashed the share of the greenback in its foreign holdings.

RELATED CONTENT: Pasqualina Curcio: “Imperialism Does Not Understand the Resistance of the Venezuelan People” (Interview)

Over the past five years, the purchases of the precious metal hovered around 200 tons annually with the regulator planning to keep the rate in the near future. Russia is currently the world’s fifth biggest holder of gold, and is on pace to overtake France and Italy within a year.

At the same time, Russia has dramatically reduced its holdings of US securities. Last year, the central bank dumped $81 billion of US Treasuries during April and May. The figure is close to the current value of the entire Russian gold reserves whose worth amounts to about $90 billion. The share of US dollars in Russia’s foreign reserves fell from 46 percent to 22 percent in 2018, according to data compiled by the Bank of America Merrill Lynch.