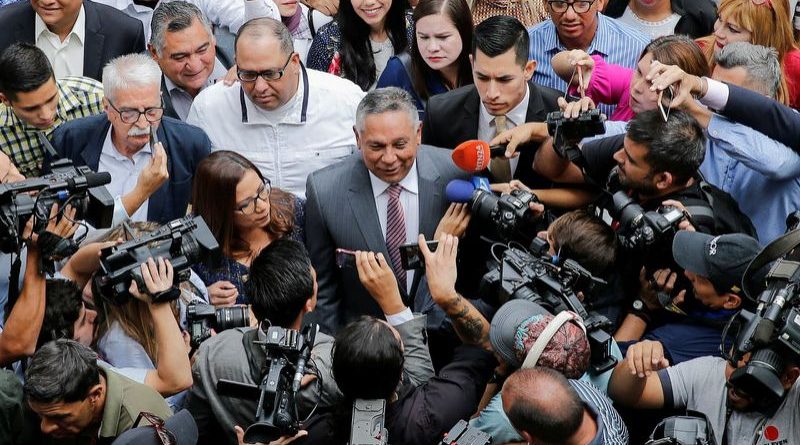 As planned, this Tuesday, September 24, the deputies of the United Socialist Party of Venezuela (Psuv), arrived at the National Assembly (AN), fulfilling the agreements signed between the government and sectors of the opposition at the National Dialogue Table.

On the morning of Tuesday, the deputy Francisco Torrealba and Pedro Carreño, arrived at the Parliament, to rejoin the AN, which will the rest of the parliamentarians who will take their place in the Chavismo bench will also attend.

“We are not leaving the National Assembly and will continue to promote spaces for dialogue. We are here to restore its legality, ”said Torrealba.

It should be remembered that the President of the Republic, Nicolás Maduro, formalized this Monday the announcement about the reinstatement of the Chavismo bench to the AN, which is now a reality.

RELATED CONTENT: Return of Chavismo to the National Assembly: Will the Balance of Power (and Votes) Change?

In these images you can see the parliamentarians occupying their respective seats within the chamber of the Federal Legislative Palace in Caracas.

The deputies arrived early to today’s session to wait for the corresponding activities to begin, but these did not begin because there was a lack of quorum due to the absence of the opposition majority.

“We invite the (right wing) deputies to join the National Dialogue Table and condemn its members’ links to violence, war and paramilitarism,” said Tania Díaz through her Twitter account.

For his part, Francisco Torrealba said: “We are here to rescue the spaces for dialogue, to help the re-institutionalization of this power that was destroyed by the majority of the right, which has led it badly so far.”

Torrealba said that they have arranged for a new coordinating team of the Bloque de la Patria, which will be in charge and formed by the deputies Pedro Carreño, Tania Díaz, Ricardo Sanguino, William Gil, who will be in charge of the tasks for the AN to leave the condition of contempt.

He stressed that the National Assembly may leave contempt to the extent that it fully complies with the ruling issued by the Supreme Court of Justice.

“We have clearly established in the Constitution of the Republic how to restore the rules of parliament, but, this must go through compliance with the ruling of the country’s High Court,” he said.

Deputy from “Accion Democratica” Henry Ramos Allup said that the members of that fraction that already accepted other public positions “can not be deputies, period”, based on article 191 of the Constitution.

On the other hand, the deputy Pedro Carreño said that while the argument is true while the Constitution establishes that the deputies lose their investiture when accepting a public office, the Legislative Power is in contempt and any decision taken after declaring the AN in contempt should be decided by the Supreme Court (TSJ).

“All decisions are illegal, but since the Republic cannot stop because some Power plays at confrontation and chaos, it is a power in conflict with the rest of the State. Understanding this, the framework of this Constitution prevails that it is the Constitutional Chamber of the TSJ that will interpret the Constitution and will determine if the deputies who accepted public office lose their status and that decision is binding,” said Carreño.