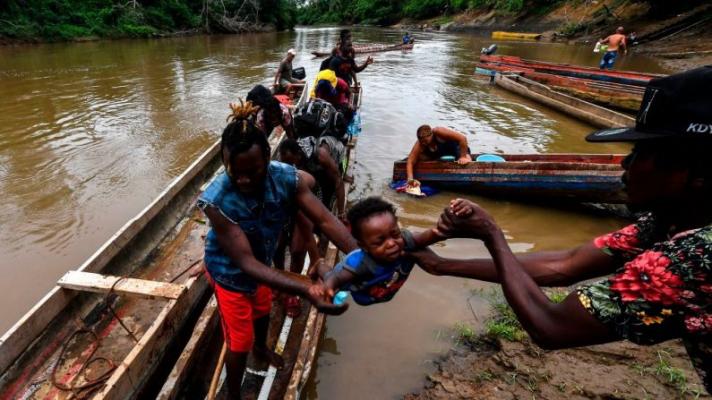 Migrants from South America who undertake the march to the United States go through an extremely perilous jungle route, the narrow Darien Gap between Colombia and Panama. How many of them are children, and to what risks are they exposed? UNICEF provided the following data:

So far in 2021, more than 19,000 children have crossed this dense tropical zone, a figure that exceeds by three times the amount registered in the previous five years combined.

• Of every five migrants who cross the Darien jungle, at least one is a child.
• Half of the children are under the age of five.

Minors are not only exposed to the risks of the elements, but to other factors such as sexual abuse, human trafficking, and extortion. They are also prone to respiratory illnesses, diarrhea, and dehydration.

“Week after week, more children die, lose their parents, or are separated from their relatives during this dangerous journey,” warned Jean Gough, UNICEF Regional Director for Latin America and the Caribbean, adding that criminal groups operating on this route take advantage of the vulnerability of infants.

RELATED CONTENT: Haiti and the Visible Pain of Racism

• This year the lifeless bodies of at least five children were found.
• In that same period, 150 children arrived in Panama without their parents. In some circumstances these are newborn children. This figure is twenty times higher than last year.

Migrants crossing the Darien Gap come from more than 50 nations, including distant regions such as India, Somalia, Cameroon, Congo and Bangladesh. The highest concentration of migrants are of Haitian origin displaced from their country. Many travel with their children born in Chile or Brazil.

Featured image: The number of minors who crossed the Darien Gap in 2021 is three times higher than the figure for the previous five years (Photo: Getty Images).