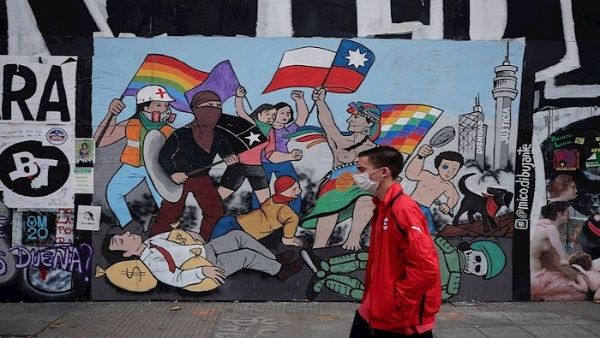 The Chilean Health Minister has reported this Saturday a new record in the number of people infected by coronavirus, from the first case detected in the country.

Jaime Mañalich has pointed out that, in the last 24 hours, 1,427 new cases of infection with the new coronavirus, causing the COVID-19 disease, have been registered, while the number of deaths rose to 247.

This sudden increase in those infected comes after the gradual reopening of economic activities in the country, a plan defended by the Chilean president, Sebastián Piñera, for, according to him, prevent unemployment from increasing.

“We have to reopen our society again, because if we all stay in our homes in quarantine we are going to have a social crisis of unemployment, bankruptcy, which is going to cause gigantic damage to the quality of life,” Piñera said on Friday. May 1 on the occasion of International Workers’ Day.

Chile reaches the coronavirus crisis with an economy dented by the serious protests against inequality that erupted in October and left thirty people dead and thousands injured, in addition to episodes of extreme violence with looting, fires and destruction that have continue during the pandemic.

Since the appearance of the first coronavirus case in the country, on March 3, Chile has implemented a selective quarantine strategy in those sectors with the highest contagion. It decreed a nighttime curfew, suspended classes at all levels and ordered the closure of shopping malls, restaurants, cinemas and bars, in addition to suspending all massive events.

But, for two weeks and after 45 days of confinement, the Piñera government insisted that the country gradually return to normal, a decision that has caused a record increase in infections.

Unlike other countries in the region with fewer cases, such as Argentina or Uruguay, the government of Chile from the outset rejected decreeing national confinement and to completely close the economy.

Official figures indicate that there are 18,435 infected in Chile, while the country’s microbiologists refute the reports offered by the Piñera government, since, according to their estimates, the number is much larger.

Featured image: The real figures for the South American country accumulate 18345 positive cases for Covid-19 as for saturated May 2. | Photo: EFE