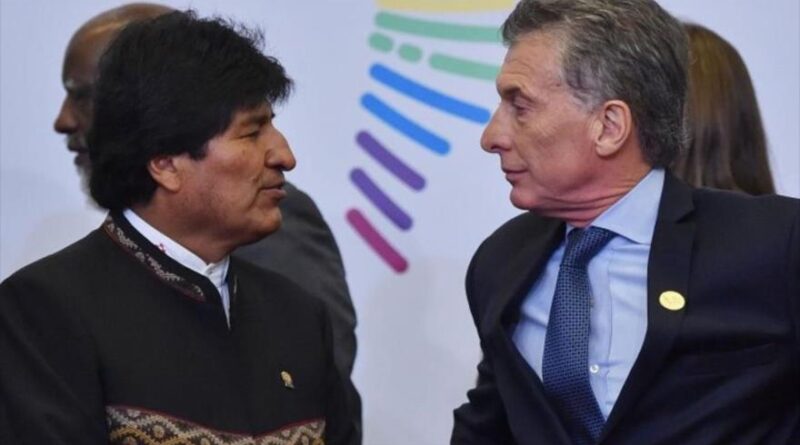 A report reveals the US Central Intelligence Agency (CIA) and Argentine Intelligence cooperated, prior to the 2019 coup, in gathering data on former Bolivian President Evo Morales.

On Wednesday, July 21, Argentine journalist and writer, Stella Calloni, released a report from September 15, 2019, which shows that the CIA initiated contact with the chief of the Federal Intelligence Agency of Argentina in Bolivia, José Sánchez, to carry out this mission.

In an interview on the Bolivian TV show Primer Plano, Calloni explained that “a report from the United States detailed the CIA’s assets in La Paz, which included José Sánchez. He assisted with collecting information on Evo Morales and all his Cabinet.”

RELATED CONTENT: The OAS’s Favorite Electoral Authority in Bolivia Just Slammed the OAS for Causing “Havoc” After the 2019 Elections

As an international policy specialist, Calloni argued that the objective of the mission was to establish the psychological profile of Morales and his main collaborators, including the Minister of the Presidency Juan Ramón Quintana and Foreign Minister Diego Pary Rodríguez. The intent was to develop a corruption scheme by accusing them of drug trafficking and illegal private dealings.

Calloni established several Argentine agents were in Bolivian territory, and she specifically questioned the presence of José Sánchez in Bolivia. She added that the work was “completely under the control” of the Government of then Argentine President Mauricio Macri.

Calloni asked the Bolivian authorities to investigate details of the case, which are included in her book, such as the arrival of several flights from Argentina to Bolivia prior to the 2019 coup. According to the Argentine writer, to carry out this mission the support of Brazil, Colombia, and Perú was also requested.

A series of investigations prove the collusion of right-wing governments in Latin America with the CIA, from the former Argentine and Ecuadorian presidents Mauricio Macri and Lenín Moreno, respectively, to the current leaders Jair Bolsonaro, from Brazil, and Iván Duque, from Colombia.

On Monday, the Bolivian Minister of Government told the media that just a few weeks prior to the coup d’etat, on July 24, 2019, Kevin O’Reilly, the then Deputy Under Secretary of the US Department of State for Western Hemisphere Affairs, arrived in Bolivia and met with representatives of the embassies of Perú, Argentina, Brazil, the Organization of American States (OAS), and the European Union (EU).

Featured image: Former Bolivian President Evo Morales (left) and his Argentine counterpart Mauricio Macri during the Summit of the Americas in July 2017.