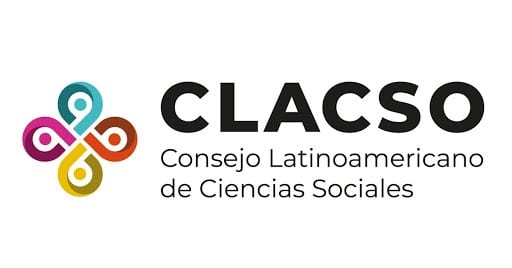 Statement of the CLACSO Working Group “Studies on the United States”

The CLACSO “Studies on the United States” Working Group, made up of academics from more than 10 Latin American and Caribbean countries, expresses its great concern at the intentions of the United States government to deepen its aggression against the people of Venezuela. It is known in international public opinion that a dangerous scenario of military intervention is emerging that we must avoid, at a time when our continent and all of humanity are committed to preserving life in the face of the advance of a pandemic that in its wake is sowing uncertainty, pain and death. Undemonstrable accusations try to link the legitimate government of Venezuela with drug trafficking. Unacceptable, except for governments that subordinate themselves to Washington’s plots.

We denounce their bellicose movements, which include the announcement of operations with military deployment and emplacement of warships in the Caribbean and the Eastern Pacific and in the vicinity of Venezuelan sovereignty. It is a pretext, but we already know where the American decision is going when it builds a pretext. It is Colombia, and not Venezuela, that appears compromised in the reports of the United Nations Office on Drugs and Crime. Nor is it that area of our geography, but the Pacific and Central America the preferential route, where the greatest cocaine trafficking to the United States occurs.

Facing the Community of Latin American and Caribbean States (CELAC), which has declared our region as a “zone of peace”, the decision of the US government establishes, against all international regulations, a war situation that severely threatens stability, security, as well as the principle of non-intervention and self-determination of peoples. The deplorable unilateral decision that involves a deployment of forces to our region, after its intrusive strategic objective of regime change in Venezuela, to finally take over the oil reserves that are essential to it, carries the potential to aggravate a conflict with costly consequences, painful and unpredictable, that would affect the entire continent.

Faced with this scenario, we join the vital reasons that attend our peoples who, invoking solidarity and security in the region and the world, demand with a deep sense of justice, the political will to end unjustified sanctions and blockades against Venezuela and Cuba, as expressed by the United Nations and ECLAC. The maintaining of such decisions by the US government only worsens the most basic conditions required to meet the needs for food and access to medicines and hospital supplies due to the advance of the pandemic.

We express our full agreement with all those positions that, at this adverse juncture for humanity, express their conviction in favor of peace, cooperation and solidarity; at the same time that we strongly condemn the interventionist policy of the United States towards our region.

No to US military intervention in Venezuela!
No to the blockade and economic sanctions against Cuba and Venezuela!

This statement expresses the position of the United States Studies Working Group and not necessarily that of the centers and institutions that make up CLACSO’s international network, its Steering Committee or its Executive Secretariat.