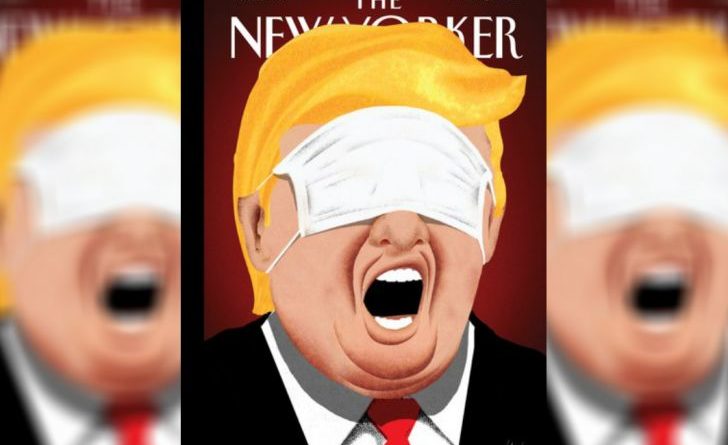 The government of Donald Trump decided this Tuesday, April 14, to suspend US financing (quotas) to the World Health Organization ( WHO ), despite the fact that the United States has become the global epicenter of infections and deaths from the SARS-CoV-2 coronavirus that causes Covid-19 disease.

Trump, who is already considered the “worst president in American history” for his mismanagement of the pandemic in his country, argued his decision is based on the “mismanagement and cover-up of the expansion of the coronavirus” by the WHO.

The United States is the country that contributes the most to the WHO -an institution based in Geneva, Switzerland- and donated about 400 million dollars in 2019, approximately 15% of the organization’s budget.

According to the White House occupant, the WHO “failed in its basic duty and must be held accountable” and he has argued that the agency promoted “disinformation” from China about the virus, which helped the spread of the outbreak. To date, the United States accounts for more than 615,000 positive cases of Covid-19 and exceeds 26,000 fatalities, the first in the world in both negative indicators. This after almost one month of Trump doing practically nothing to prevent and prepare his country to effectively respond to the pandemic.

Among the first reactions was that of the Secretary General of the United Nations (UN), António Guterres, who warned that this is “not the time” to cut funds to the WHO.

RELATED CONTENT: New Trump Humanitarian Approach: No More Funding for WHO in the Middle of Coronavirus Pandemic

To this position was added that of the head of Foreign Affairs of the European Union, Josep Borrell, who criticized this Wednesday, April 15, Trump’s decision to suspend his country’s financing to the WHO while the pandemic remains uncontrolled.

“I deeply regret the decision of the United States to suspend funding to WHO. There is no reason to justify this move at a time when their efforts are more necessary than ever,” Borrel said on Twitter.

China: Trump’s decision will affect everyone

China, for its part, expressed “grave concern” over Trump’s decision and urged Washington to continue to meet its obligations to the WHO. Chinese Foreign Ministry spokesman Zhao Lijian said the pandemic is at a critical stage and that Washington’s decision would affect everyone.

“We call on the United States to fulfill its responsibilities and obligations and to support the WHO in leading the international campaign against the (coronavirus) epidemic,” said Lijian.

Due to the “discouraging situation” of the global pandemic, Beijing believes that the suspension of US funding “will weaken WHO’s capacity and undermine international cooperation in the fight against the disease.”

“This will affect countries around the world, including the United States, and especially those with weaker (health care) capabilities,” he warned.

The spokesman assured that China will continue to “play an important role” in promoting international public health and fighting the pandemic.

In Venezuela some analysts suggested the idea of creating an special quota paid by United Nation member countries (excluding the US) in order to fill the gap left by Trump’s irresponsible decision to stop paying US dues to the WHO.

US allies speak out

Other countries, including important allies of the United States such as France, the United Kingdom, Germany, Australia and New Zealand, spoke out against the decision.

The United Kingdom issued its position on Wednesday and stressed that it will not suspend its funds to the WHO, given that the agency has “important” work ahead to tackle the pandemic.

“Our position is that the UK has no plans to stop funding WHO, which has important work to do to lead the global health response” to the new coronavirus (…) “Coronavirus is a global challenge and it’s essential countries work together to deal with this shared threat,” said the British government.

For its part, the government of France also regretted Trump’s decision to freeze the funds that his Government contributes to the WHO.

“It is a situation that we obviously regret because the commitment of France and especially of the President of the Republic to multilateralism is known,” said the spokesperson of the French government, Sibeth Ndiaye, after the Council of Ministers.

The French executive recalled that the WHO is facing an unprecedented pandemic, with some 1.9 million infected and more than 117,000 deaths worldwide.

“We obviously hope that it will return to normal quickly, that the WHO, which is facing an unprecedented pandemic, as well as all the countries in the world, can do its work with serenity,” added Ndiaye.

The same was done by the German top diplomat, Heiko Maas, who said through Twitter that it is not fair to “blame others” for the crisis, since “the virus knows no borders.”

He stressed the need to work together to combat the pandemic and stated that one of the best investments is to strengthen WHO funding and thus “develop and distribute tests and vaccines.”

For her part, New Zealand Prime Minister Jacinda Ardern stressed that she did not agree with the arguments given by Trump and said that the WHO is a key instrument in the fight against the coronavirus.

In Australia, although Prime Minister Scott Morrison sympathized with Trump’s criticism of the WHO, the leader also highlighted the “large amount of important work” it does as an organization and the importance of working together with it.

Criticism within the US

The United States Medical Association, the Centers for Disease Control and Prevention, and the House of Representatives Foreign Affairs Committee are some of the institutions that have spoken out against Trump’s move.

“The President shows us his political playbook: blame the WHO, blame China, blame his political opponents, blame his predecessors, do whatever it takes to deflect the fact that his administration mishandled this crisis and now it is costing thousands of American lives,” said the Democratic representative of the House, Eliot Engel.

Meanwhile, the number of infections and deaths from coronavirus continues to increase in the United States. At least 2,200 people died in that country on Tuesday, a record number according to Reuters news agency.

This Wednesday, the total number of deaths in the US already exceeded 26,000 victims, New York City being the most affected with more than 3,700 deaths.