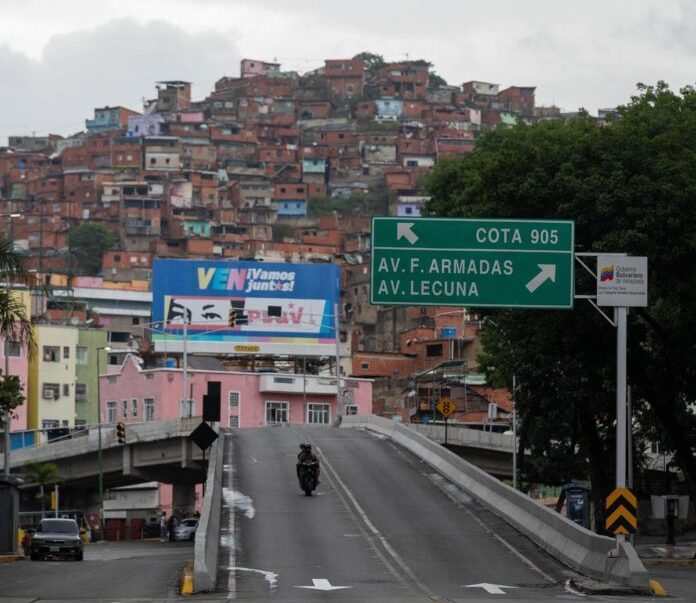 Bridge at one of the Cota 905 entrances. Photo courtesy of RedRadioVE.

A dangerous kidnapper from Cota 905 identified as Manuel Antonio Marrero Marrero, alias “El Peke,” was killed during a confrontation with CICPC’s Anti-Kidnapping Division.

The director of the Scientific, Penal, and Criminal Investigation Service Corps (CICPC), Douglas Rico, reported that “El Peke” was neutralized in Las Cumbres of the Cota 905 sector in El Paraíso parish, Caracas, in a standoff with agents from the Anti-Kidnapping Division.

The authorities were on the trail of this member of the Cota 905 criminal gang for his role in at least four kidnappings and several robbery cases.

Rico added that “El Peke” was also dedicated to informing the other members of the El Coqui gang if there were police patrols or police checkpoints on the roads—known as “Pisteros” in the criminal argot—to evade authorities and transport kidnapping victims held for ransom.

During the procedure, the authorities seized a Smith & Wesson 380 firearm, which will be examined by experts from the Ballistics Division to determine if it was used in criminal acts.

In the event that the weapon has been linked to a criminal act, it will be placed in the charge of the Public Ministry.

Since the deployment of Operation Gran Cacique Indio Guaicaipuro in the capital city, aimed at restoring peace and tranquility to the people of Caracas, the authorities have managed to capture or neutralize a significant number of key gang members from notorious criminal and terrorist outfits.

The authorities of the national government have highlighted that Operation Gran Cacique Indio Guaicaipuro will remain active in the capital city to ensure the safety of the people.

Featured image: Bridge at one of the entrances to Cota 905. Photo courtesy of RedRadioVE.