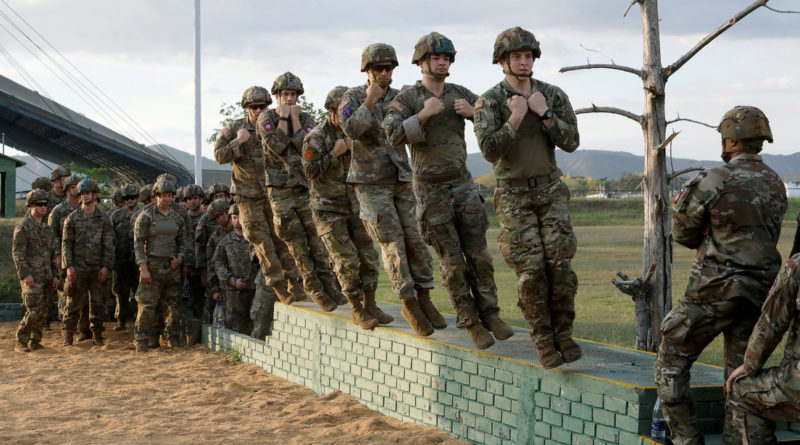 This is a temporary measure for the Iván Duque government to provide the Senate with “all the information and background related to the entry, arrival and permanence” of the US military.

The third section of the Administrative Court of Cundinamarca has ruled that the President of Colombia, Iván Duque, must cancel the authorization of the activities of the US military brigade deployed in the Latin American country between May 27 and 2 of June.

The corresponding claim was filed by several congressmen, who considered that the authorization of the deployment of the 53 US troops should go through the Senate of the republic.

The court has clarified that this is a temporary measure, taken in order for the Duque government to provide the Senate in less than 48 hours “with all the information and information related to the entry, arrival and permanence of the Force Assistance Brigade Security Bureau” of the US Army (SFAB).

Government reaction
“The national government is respectful of the judicial decisions and of the independence of the Judicial Branch. Consequently, the judicial order will be complied with ,” Colombian Defense Minister Carlos Holmes Trujillo said, after learning of the ruling.

At the same time, he pointed out that this judicial order will be challenged in order for it to be reviewed by the Council of State – the highest Court of the Jurisdiction of Administrative Litigation in Colombia – because, he assures, “the presence in advisory activities, education and training, of a component of the North American “Security Force Assistance Brigade”, in light of the constitutional order, does not require permission from the Senate of the Republic.”

Furthermore, Holmes Trujillo stressed the importance of international cooperation to strengthen the fight against drug trafficking. “The national government will continue to strengthen this fight within the framework of the current legal system,” he concluded.

Controversy around the deployment
The announcement of the military deployment was made on May 27 by the Washington Embassy in Bogotá. According to this office, it is a specialized unit of the US Army that aims to “help Colombia in its fight against narcotics.” According to the US Embassy, the action had the endorsement of the Colombian Ministry of Defense.

The arrival of the US military to Colombian territory caused cross reactions in that South American country. Thus, many local leaders criticized that such a decision should have been previously approved by Congress. Thus, on June 3, the State Council asked President Duque for an explanation for the deployment of the US Army brigade.

The request was made through a letter, signed by the president of the State Council, Álvaro Namén Vargas, in which he asked the president for an “official report” to clarify the issue. For its part, the Common Alternative Revolutionary Force (FARC) indicated that the presence of the US military in Colombia” threatens national sovereignty and is also unconstitutional.”

In return, Defense Minister Carlos Holmes Trujillo explained that “at no time will there be any transit of foreign troops or participate in military operations.” In more detail, he clarified: “It is an elite group, clearly of a consultative and technical nature.”