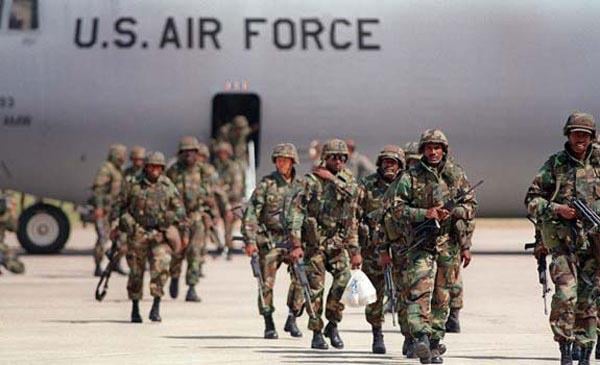 I recently received an article entitled “Coups and neo-coups in Latin America. Violence and political conflict in the twenty-first century” by Carlos Alberto Figueroa Ibarra, a long-time friend and academic at the University of Puebla, Mexico, and Octavio Humberto Moreno Velador, a professor at the same university.

The authors say that since the 1980s, democracy in Latin America has asserted itself across the continent, so much so that the topic has become recurrent in the political sciences. However, during the first seventeen years of the 21st century, new coups resurfaced, which they describe as “neo-coups.”

During the twentieth century, the authors identified 87 coups in South America and the Caribbean, with Bolivia and Ecuador being the most hit countries, while Mexico has only suffered once. The greatest concentration of coups occurred in four decades: 1930-1939 with 18; 1940-1949 with 12; 1960-1969 with 16 and 1970-1979 with 13. Between 1900-1909 and 1990-1999, the fewest coups occurred (3 and 1, respectively). Finally, 63 coups were deemed as military-led; 7 civilian; 8 civic-military; 6 presidential self-coups and three military self-coups. 77 percent of coups had a marked influence of right-wing ideology and party participation, and since the 1960s US intervention has been observed in several coups.

The neo-coups of the 21st century, however, are different from the coups of the twentieth century and with distinct characteristics. Of the seven studied, four have been carried out by the military/police (two which failed in Venezuela/2002 and Ecuador/2010 and two which were successful in Haiti/2004 and Honduras/2009). Likewise, two were parliamentary coups (Paraguay/2012 and Brazil/2016, both successful) and one was a civilian-state-led coup (Bolivia/2008, failed). In three of them, there is evidence of US intervention (Haiti, Bolivia and Honduras).

The intervention of the military or police took place in Venezuela, Haiti, Honduras and Ecuador. In Haiti, Bolivia and Brazil, large-scale concentrations of opposition citizen groups preceded the coups, exerting political pressure. There were also other cases of subsequent concentrations in support of Presidents Hugo Chávez and Rafael Correa, which prevented the success of the coups against them.

In three cases there was clear intervention by the judiciary (Honduras, against Manuel Zelaya; Paraguay, against Fernando Lugo; and Brazil, against Dilma Rousseff), and also of the legislative powers.

In addition, regional and supranational institutions have intervened in defence of democracy, specifically MERCOSUR, UNASUR, CELAC and even the Rio Group.

The authors conclude that “The new coups have sought to evade their cruder military expression in order to seek success. In this sense, the intervention of judicial and parliamentary institutions have represented a viable alternative to maintaining democratic continuity, despite the breakdown of constitutional and institutional pacts.”

To the analysis carried out by the two professors, and which I summarise without going into too many details, some considerations may be added.

All the coups of the 21st century have been directed against rulers of the Latin American progressive cycle: Hugo Chávez, Evo Morales, Manuel Zelaya, Rafael Correa, Fernando Lugo, Dilma Rousseff, and Haiti, where the case is particular because of the turbulence that the country has experienced where the military coup was against Jean-Bertrand Aristide, who had won the election with 91.69 percent of the vote.

There is not a single coup d’état led by “leftist” forces, which reveals an equally new phenomenon: the entire left has accepted democracy as a political system and elections as an instrument through which they may come to power. Historically speaking, this phenomenon represents a continuation of Salvador Allende’s and the Chilean Popular Unity’s thesis, which trusted in the possibility of building socialism through a peaceful path. It is the political and economic right, which have turned to neo-coup mongering, with their discourse of defending “democracy.”

Those same right-wing sectors have not only sponsored “soft coups,” but also promoted the use of two mechanisms that have been tremendously successful to them. Firstly, lawfare, or “legal war,” used to pursue, in appearance of legality, those who have served or identified with progressive governments. Secondly, the use of the most influential media (but also of social media and their “trolls”), which were put at the service of combating “populists” and “progressives,” and defend the interests of persecuting governments, business elites, rich sectors and transnational capital. These phenomena have been clearly expressed in Brazil against Inácio Lula da Silva, Dilma Roussef and the PT Workers’ Party, but also in Bolivia, against Evo Morales and the MAS Movement to Socialism and in Ecuador, where righting forces have achieved the prosecution of Rafael Correa, of figures of his government and of the “correístas.” In Argentina Alberto Fernández’s triumph stopped the legal persecution against Cristina Fernández and “Kirchnerismo”.

But there is, finally, a new element to be added to the neo-coup mongering of the 21st century, which is the anticipated coup d’état. This has been inaugurated in Bolivia and Ecuador.

In Bolivia, not only was the vote count suspended and Evo Morales forced to take refuge outside the country, but [he and his party] have been politically outlawed, and every effort has been made to marginalise them from future elections.

In Ecuador, all kinds of legal ruse have been used to prevent Rafael Correa’s vice-presidential candidacy (he was ultimately not admitted), to not recognise his party and other forces that could sponsor him, as well as to make it difficult for the [Correa-backed] Andrés Araúz team to run for the presidency.

It also has an equally unique characteristic of what happened in Chile. In Chile, despite the protests and social mobilisations, as well as domestic and international political pressure, the political plot was finally manipulated in such a way that the plebiscite convened for October/2020 will not be for a Constituent Assembly (which could dictate a new constitution), but for a Constitutional Convention, which allows traditional forces to preserve their hegemony, according to the analysis carried out by renowned researcher Manuel Cabieses Donoso.

As a result, neo-coup mongering has shown that, while institutional and representative democracy has become a commonplace value and a line of action for the social and progressive lefts, it has also become an instrument that allows access to government and, with it, the orientation of state policies for the popular benefit and not at the service of economic elites.

On the other hand, it has become an increasingly “dangerous” instrument for the same bourgeoisie and internal oligarchy, as well as imperialism, to such an extent that they have no more holding back in breaking with their own rules, legalities, institutions or constitutional principles, using new forms of carrying out coups.

It is, however, an otherwise obvious lesson in Latin American history: when popular processes advance, the forces willing to liquidate them are also prepared. And finally, for these forces, democracy doesn’t matter at all, only saving businesses, private accumulation, wealth and the social exclusiveness of the elites.

Featured image: The US Military has a strong presence in the continent (Archive)

Juan J. Paz y Miño Cepeda is an Ecuadorian historian from the PUCE Catholic University of Quito. He is also the former vice-president of the Latin-American and Caribbean Historian’s Association (ADHILAC).