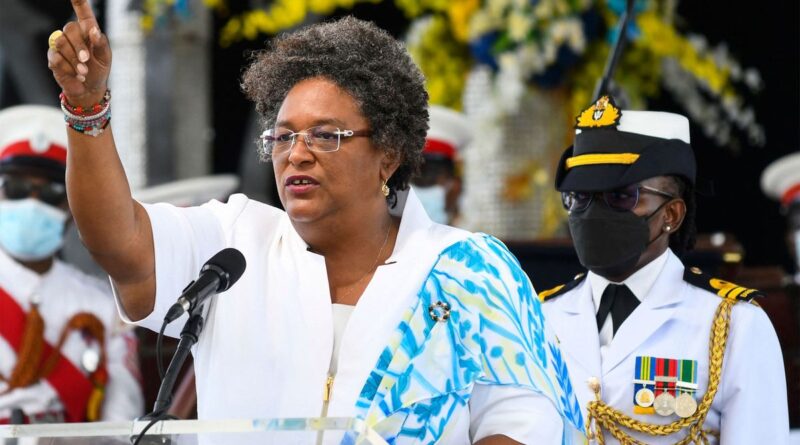 On Thursday, January 20, Cuban President Miguel Díaz-Canel as well as other Cuban authority figures congratulated the Prime Minister of Barbados, Mia Mottley, for the victory of her party in the general elections in Barbados held last Wednesday, January 19.

After Barbados became a republic last year, the parliament was dissolved and early elections were called, to renew the 30 seats of the House of Assembly. As expected, Prime Minister Mottley ‘s Barbados Labour Party (BLP) won the first general election in Barbados’ republican history, winning all the seats. On January 20, after the results were released, Mottley was sworn in before President Sandra Mason.

Similarly, from Venezuela, President Nicolás Maduro sent his message of congratulation. “Our peoples are united by strong bonds of brotherhood, friendship and mutual cooperation,” he wrote on Twitter. “We send a fraternal embrace from Venezuela.”

Barbados became a republic on November 30, 2021, when Governor General Sandra Mason assumed the presidency of the country, thus ending the Caribbean nation’s parliamentary constitutional monarchy, with Queen Elizabeth II as head of state.

Mia Mottley, who led the transition as prime minister of the country, is the Barbadian political figure with the greatest support among her compatriots according to recent polls, and she also enjoys great international prestige.