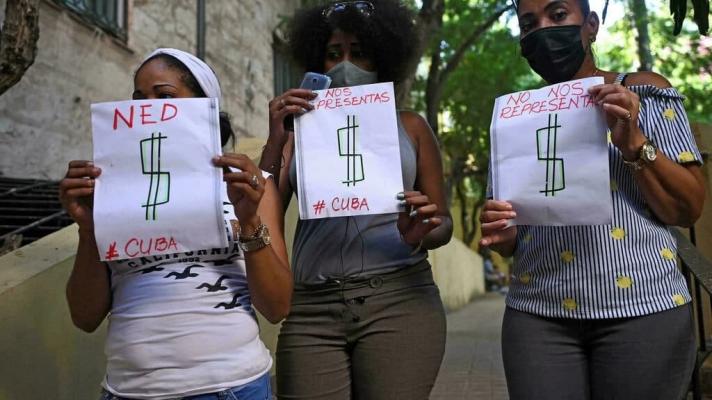 This Tuesday, October 26, the Cuban television program Roundtable broadcast the speech of Rogelio Polanco, member of the Secretariat of the Central Committee of the Communist Party of Cuba (PCC) and head of its Department of Ideology. Polanco accused the United States of being behind the demonstration announced by internal political operators for November 15 in Cuba, aiming to destabilize the country and provoke a regime change.

“Now they show up with an alleged peaceful march,” said Polanco. “It is nothing more than an escalation of actions against the Revolution, and a challenge to the authorities and the socialist rule of law endorsed in our Constitution… It is a provocation, as part of a soft coup strategy.”

The call for demonstrations issued by anti-Castro groups does not comply with Articles 4, 45, and 56 of the Cuban Constitution, particularly the constitutionally enshrined policies which forbid the overthrow of the country’s socialist order, and therefore the protests did not received authorization from the Cuban government.

The broadcast revealed a recorded conversation between Yunior García Aguilera, founder of the NGO Archipiélago in Cuba, and Ramón Saúl Sánchez, who leads the Democracy Movement in Miami. The operator in Miami told the US operator in Cuba that its political platforms would support “one hundred percent” the November 15 march, and offered propaganda assistance through the media.

Raúl Saúl Sánchez is recognized as a terrorist of Cuban origin, linked to extremist anti-government organizations such as Omega 7, CORU, Alpha 66 and the National Liberation Front of Cuba.

Since the call was issued for protests on November 15, various public officials of the United States government, political operators, and the media have declared their support for it. For example, Juan González, President Joe Biden’s main advisor for Latin America, threatened to issue more “sanctions” against the island if the mobilizations are prevented.

“It is something recurrent and permanent, as these media and political operators from the United States urge military intervention in our country,” said Polanco.

During his speech, Polanco also recalled the financing that Washington provides to interventionist and subversive “regime”-change projects in Cuba. He mentioned how the US National Endowment for Democracy (NED) gave the Center for the Democratic Opening in Latin America (CEDAL) at least $107,000 in 2017, and $100,000 in 2021. In addition, he recounted how USAID provided over $6.6 million USD to other covert political actors, so-called activists, at the end of September.

On November 15, Cuba is scheduled to gradually open its borders—with ten international airports resuming operations—and will also begin the school year with in-person classes, both decisions taken after the success of the national vaccination program.

“This explosion of joy and happiness, of embraces contained for so long by the harsh months of the pandemic, is what the promoters of hatred intend to prevent,” wrote Polanco on Twitter. “But they will not be able to prevent it.”