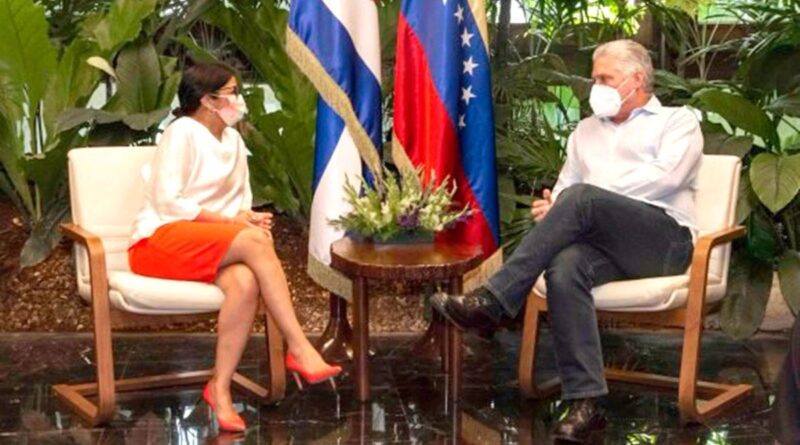 On Friday, July 16, the First Secretary of the Central Committee of the Communist Party of Cuba and President of the Republic, Miguel Díaz-Canel, received the Vice President of the Bolivarian Republic of Venezuela, Delcy Rodríguez, who is on a working visit in the Caribbean island country.

During the meeting, the two leaders discussed the main aspects of the cooperation relation between the two nations and other topics of interest, like the fight against the COVID-19 pandemic.

The Cuban president ratified the unwavering solidarity of Cuba with the Bolivarian Republic of Venezuela and its people, reported a press release from the Vice Presidency of Venezuela.

For her part, the Venezuelan vice president sent a message of solidarity and support to Cuba from President Nicolás Maduro, in the face of the political-media campaign against Cuba and the intensification of the blockade imposed by the United States.

Also, the general director of the Cuban Ministry for Foreign Relations for Latin America, Eugenio Martínez, and the Cuban Ambassador in Venezuela, Dagoberto Rodríguez, were present at the meeting.