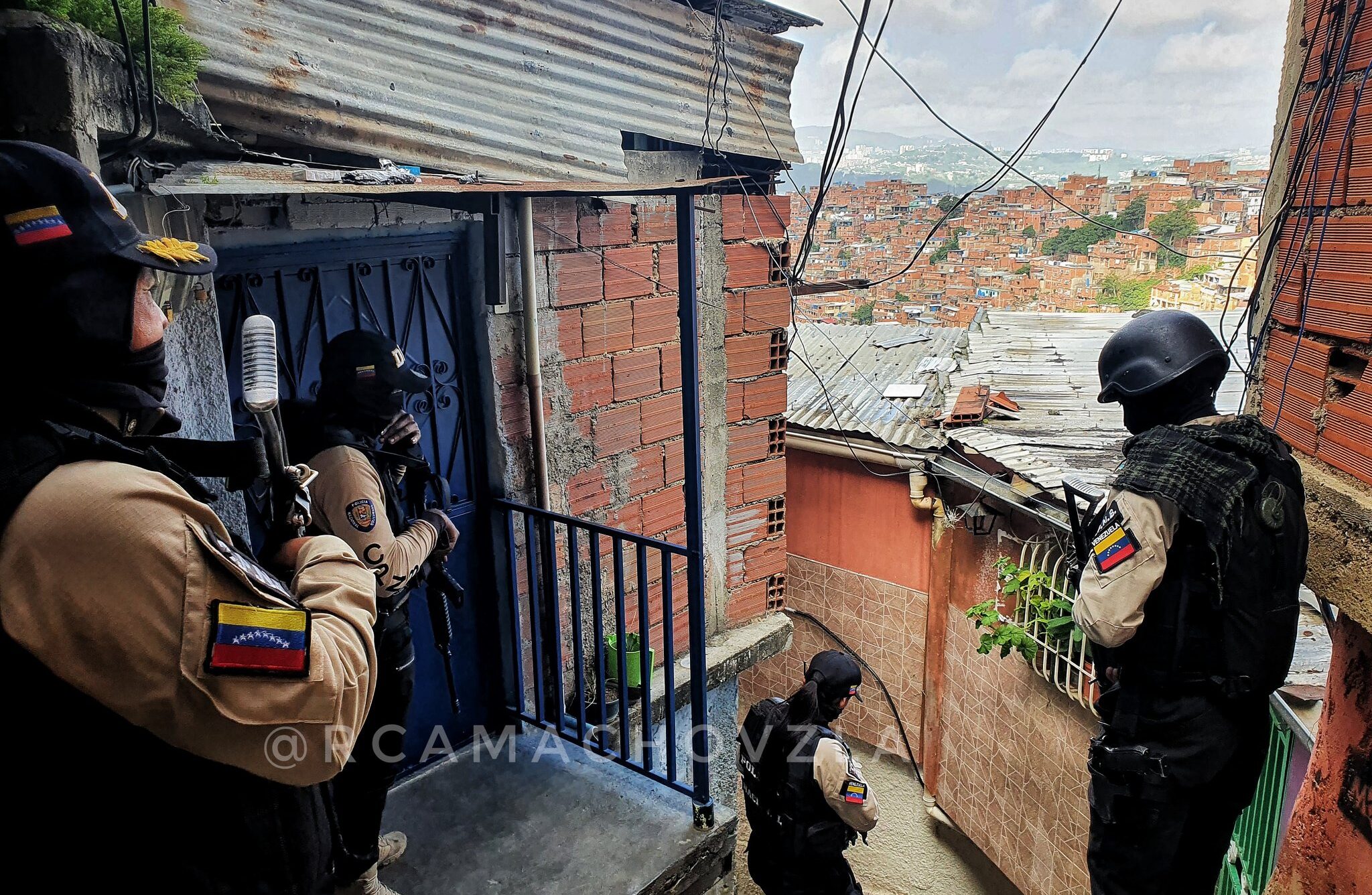 On Saturday, July 17, the Deputy Minister of Prevention and Citizen Security, General Endes Palencia, reported that nine criminals have been captured by security forces during the deployment of Operation Gran Cacique Indio Guaicaipuro in Petare. Seven of them were connected to the Wilexis criminal gang and two of them were from Cota 905, where the El Coqui gang operates.

He highlighted that officials from different national security bodies participated in this operation with the aim of guaranteeing peace and tranquility to the people of Petare.

He explained that the data and all the details related to the identification of 460 people were verified through the Integrated Police Information System.

Palencia added that six persons were arrested in the act of their crimes, while 21 wanted criminals were also identified, ”including eight criminals who were on police records and were wanted for premeditated homicide, robbery, kidnapping, and extortion.”

During the recent police raid in Cota 905 neighborhood of Caracas, Venezuelan authorities discovered the presence of Colombian paramilitaries. Six Colombian citizens who were detained stated that they did not possess any type of documentation. Palencia informed that ”the required coordination is being established with our Administrative Service of Identification, Migration and Foreigners (SAIME) for the corresponding procedures.”

Seized Weapons
”During this security deployment,” explained Palencia, ”15 firearms were seized, including pistols and revolvers, as well as ammunition for these weapons.”

“We have also seized telephones, portable radios, one vehicle, and one motorcycle,” added Palencia.

General Palencia stressed that all the detainees will be placed in the charge of the Public Prosecutor’s Office that will conduct the appropriate legal procedures, and the relevant laws will be applied to them.