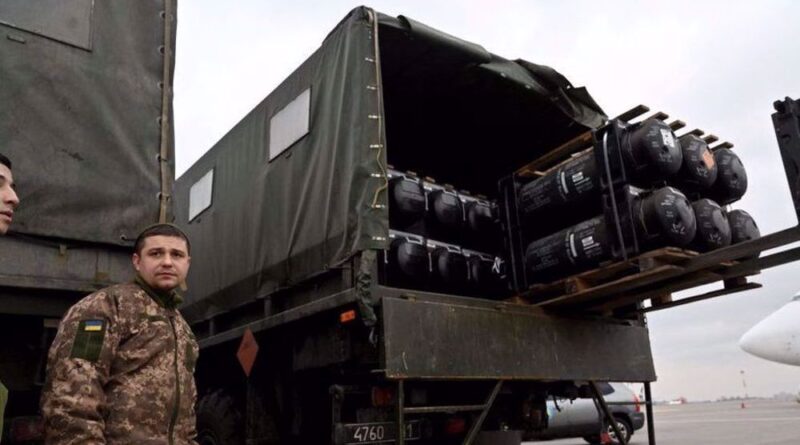 Biden is a killer. Here’s why
Joe Biden’s vitriol against Vladimir Putin is so shocking to the ear that it calls your sanity into question when you listen. Did I hear this right? Is this true? He’s calling Putin a ‘thug’ and a ‘war criminal’?

•  Not only is Biden directly implicated in bringing this war to fruition–this great plan of the CIA for years: to bait and bleed, to goad Russia into war with Ukraine. His administration fostered the coup that led to this. His administration funded the Nazis knowingly–openly paid for the destruction of Ukrainians in the south and east by other Ukrainians. Led by Nazis—yes, Nazis–don’t be afraid to say the word. Led by Nazis Aidar, Azov, Pravii Sektor, Svoboda, C14–adherents of Nazi ideology. Okay?

So not only are these Joe’s Nazis in a very real sense but this thug, this lifelong lover of murder has never condemned the policies of his own country that have led to massacre after massacre in the country after country around the globe. Never met a massacre he didn’t like, never did not support any of these wars and partial wars and sanction wars and infiltrations and invasions and domination of countless countries from A to Z.

And again it’s just shocking it makes you think ‘how did they get away with this?’ ‘How is it possible that this person could escape history and blame it on other people? And just act as if he can do so in a vacuum, with no one to check his facts, no one to bring up the alternative viewpoint. Which is the rest of history for the rest of the world outside his bubble.

US lies fool most, but only inside the West’s bubble
It reminds me of a t-shirt a friend of mine used to wear in college with a math equation on it that pretended to prove that 0 = 1 (yes, I was also a nerd). And until you find the mathematical flaw it appears to make sense. It all fits together. And in the world that we are now condemned to living in it’s because they control every aspect of our information. It’s incredible how much control they are wielding, especially right now. They’re shutting off all of the other points of view. All of the Russian sources are inaccessible. This is crucial if you’re talking about using this trillion-dollar military, if you are trying to convince people and talk them into actions that will undoubtedly lead to a wider, greater war– possibly a nuclear war. People need the information, if you have a democracy. But if you don’t this is best—and that’s where we are right now. You catch snippets of it no matter what you do. I try to completely shut it off–even the weather–because I cannot maintain my sanity and listen to this 24-hour cycle of crap.

People have to understand this: everything that they are seeing and hearing is a lie. Everything. In fact I’m not sure about the weather anymore, seriously. But certainly on the political side yes, everything– and you can’t avoid it. I know some people would accuse me or us–our side. ‘Oh, you’re the same you’re just ignoring…’ There’s no way to ignore it. It is everywhere. It seeps into your social media feed; you see it on YouTube chat groups; you see it on the wall of your friend, or everywhere, absolutely everywhere.

So no, we’re not shutting it out–we can’t–but you can access the side of the people who are being talked about: I can go to the Vineyard of the Saker. I can go to Moon of Alabama. I can look at something that I see by mistake: there is an NBC thing in the corner, it says “Russia Stalled on All Fronts, according to UK intelligence.” And again just like the T-shirt, just like Biden’s vomit. Wait a minute–that’s not true. My head just spins. I’m talking to people who live in Kharkov, and Kiev, talking to Russians, looking at maps that are gathered from satellite data, from the Ministry of Defense. This is not true at all–it’s the exact opposite of the truth. The war is over–it’s always been over. Kiev’s fighting capacity was destroyed in the first 48 hours.

Most of the world sick of West’s game
Now the Russians are going slowly because they’re bypassing major population centers, they’re encircling 60,000 Ukrainian troops! It’s not rocket science; anyone outside this shitty little bubble of Western thought can see this, anyone with any military savvy can look at this and say ‘wait a minute. Who is suing for peace and when? And what is the shape of that- how is that going to look? That’s where we are. But this fantasy world just keeps on going, and they think they can. Because guess what: they really can. At least in the PR world, at least in people’s minds, which is the important thing for them.

But it also really underlines the necessity now for the non-Western segment of the world to have their own everything. Not just PR. Because let’s face it–there is a material reality. You can’t just ignore and cover up things forever. You can do a good job at it but there’s a limit. There’s a new joke going around the Russian internet: Two soldiers are patrolling the ruins of DC and one says to the other ‘hey you know what? I think we’re losing the information war!’

They love controlling information. They’re good at it. But it still is not reality. But I don’t mean just that (the PR sphere). Obviously, we’ve seen now the in addition to the information war, the economic war and that’s starting to move. The West is losing control of their precious petrodollar. Through the moves prompted by sanctions, millions of ATMs are now being able to accept UnionPay, de-dollarization in general. Saudis considering accepting Yuan for oil. Rupees being exchanged for Rubles between India and Russia. All these things are part of building that separate world.

‘Putin is not a war criminal’
It also means every other institution–the ICC? Because everything is on its head. The ICC is one example. Putin is not a war criminal. He is prosecuting war criminals. Where will they be tried for the atrocities that they have been committing in Donbas over the last eight years? Where are the murderers from the Odessa fires going to be tried? They certainly can’t be tried in the International Criminal Court. Or The Hague?

No, there will be new formations. They’ll be tried in the Donetsk People’s Republic…? They will be tried in front of Chinese and Indian judges? Whatever–we don’t know yet. But we do know that this thing is over. Remember the Seven Billion. That’s the rest of the world outside of the billion or so people who constitute what they think of as the International Community or the Rules-Based International Order. 1/8 or thereabouts. 1/7—whatever–a very small portion of humanity. And we know who they are because they have always been those people.

‘Bono is an idiot’
Illustration: We’re just past St Patrick’s Day and we have an intellectual zygote like Bono who comes out and says that this Zelensky–this Nazi loving puppet president of Ukraine who wears the Iron Cross during a zoom meeting (can you believe that?), he’s the new Saint Patrick according to Bono. And being of Irish heritage but even more so as a student of history, I just feel this prickly revulsion. The great James Connolly is rolling in his grave. Theobald Wolfe Tone, Padraig Pearse, Robert Emmet—they would be just shocked that this person could not see who the villain is in this drama. And the villains are always the same! That’s the problem–that’s what’s wrong with these people who can’t pick a side.

During the Troubles, after the Bogside Massacre, The Wolfe Tones sang “’Round the world the truth will Echo/ Cromwell’s men are here again/ England’s name again is sullied/ In the eyes of honest men.” Because it’s always Cromwell’s men! It’s always Cromwell’s men in one form or another: These arrogant, racist bastards who think of us as less than human. Armed, raping and pillaging across the world from the lesser humans–the Untermenschen–because they will do anything. They will commit, condone, and sanctify any atrocity that allows them to keep their loot. Because that’s who they are.

And if you can’t tell the difference then you’re on the wrong side of history. Most people outside this bubble and inside too–because if you take away the ruling class of this so-called International Community, you’re talking a tiny percentage.

We are the Seven Billion! And your world is crumbling. And they know it–that’s why they’re fighting this so hard, why there are so many fake stories and so many fabrications and outright lies. Because they know that once people realize that that system, the five HUNDRED years of the yoke of the West’s reign of destruction and terror…once it can be challenged…? Well, then, it’s just a House of Cards.

Daniel Patrick Welch is a writer of political commentary and analysis. Also a singer and songwriter, he lives and writes in Salem, Massachusetts with his wife. Together they run The Greenhouse School. He has traveled widely, speaks five languages and studied Russian History and Literature at Harvard University. Welch has also appeared as a guest on several TV and radio channels to speak on topics of foreign affairs and political analysis–around his day job.